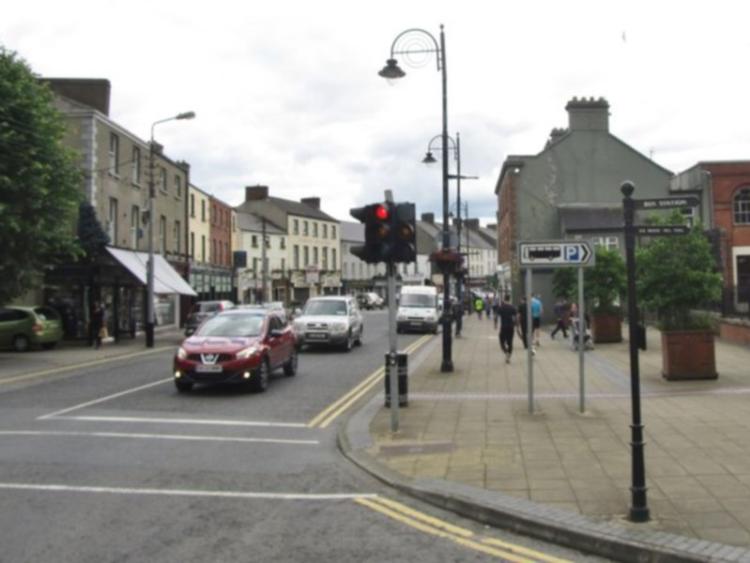 It hardly seems like the best part of a half-century that traffic lights have been in operation in Dundalk but it is true that they have been there since December 1971. An entry in the Dundalk Democrat of the time says – 'Dundalk traffic lights came into operation this month and there was also an announcement at the monthly meeting of the Urban Council that traffic wardens would be employed in Dundalk in the New Year.'

The first lights were at the Park Street, Anne Street and Dublin Street junction and there were also a sets of lights at the Market Square which, at that time was still part of the main Dublin-Belfast N1 roadway.

It has been pointed out to me that the 'Yield Right of Way' sign the junction in the middle of Park Street has been removed recently.

This sign has always been a little controversial because the normal practice at such a traffic junction should be the other way around, so that vehicles coming from the Dublin direction would yield to those coming up from the Square direction.

When this was pointed out to the authorities at the time, they replied that the lights at this junction were only a pedestrian crossing and the flow coming from the Dublin direction needed to have priority.

However, traffic in the centre of town has much changed since then with the opening of both Inner Relief Road on the east side of the town and the M1 motorway to the west and with Earl Street having become pedestrianized. There is not so much heavy goods traffic using this junction now but there is still a need to indicate which flow of vehicles has the right of way here to prevent accidents!

An old almanac shows Dundalk Chamber of Commerce is 125 years old this month. It states that the Inaugural Meeting took place on Wednesday 24 November 1891.

It does not say where this meeting took place but it was probably in the Dundalk Club premises at Roden Place, completed in 1886. Most of the Council elected were also directors of the Club.