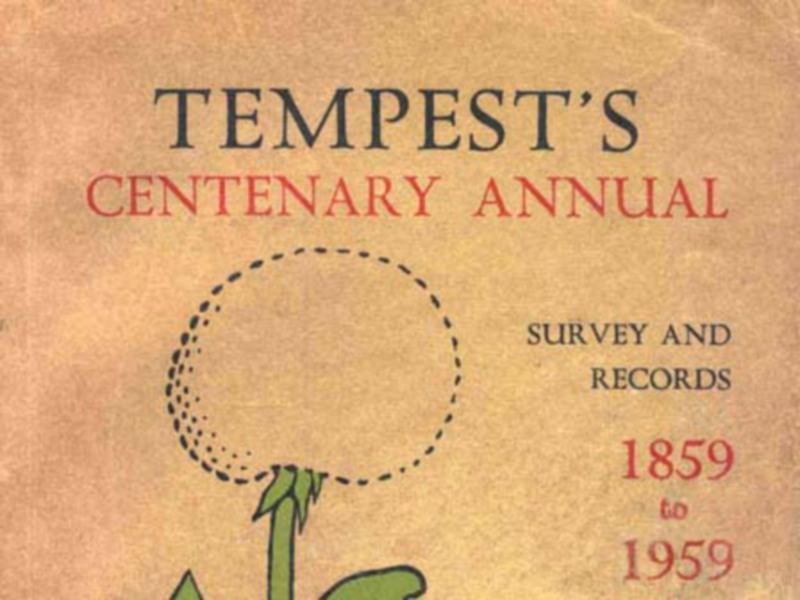 The passing year – 2016 – has been a virtual Trip Through Time for me! How has it been for you? Now that the month of December is upon us I look back and ponder 'What did it all really mean?' It has reminded me of the words William Shakespeare in one of his lesser known plays 'Cymberline', about an obscure British king 'Cunobeline' before the Roman invasion ---

'What shall we speak of when we are old? When we shall hear the wind and rain beat dark December, how shall we discourse the freezing hours away. We have seen nothing!'

There have been a lot of changes over the past year, yet, much has remained the same; an election in February that did not resolve anything, the Brexit referendum in the U.K. which may have changed the shape of events to come and that rip roaring Presidential election campaign in America that may bring much change in the coming year!

In spite of all this my most abiding memories of the past year has been our recollections of the centenary of the 1916 Rising which we have celebrated. Or did we? Has it all been an illusion thought up by those in authority to distract us from the difficulties of present day living. Only the future can give us the answer!

Nevertheless I did learn a lot about the past that had been concealed from me in my education when I was growing up and, I think, I am the better for that! I sincerely hope that it has been just as enlightening to my readers! Above all I hope that it will encourage young people to think about their own social history and help them to avoid the mistakes of the past!

An item which caught my attention in a Tempests' Annual of 1919, about the last year of the Great War, was one which probably caused the greatest change in social behaviour of the past century ---

'The Representation of the People Act, passed during the year (1917), marks a change as great as any in these War years. The franchise has been so broadened that the County Louth Electorate now numbers 29,176, including 10,426 women who voted in December for the first time. The old electorate was about 13,000.'

Surely this is an event is more worthy of celebration next year than anything about all those who were slaughtered needlessly in the battles of 1916!

Another item which caught my eye in an old edition of Tempest's Annual of four years later was an entry for December 6, 1922. 'Irish Free State begins to exist. Mr. T.M. Healy appointed 1st Governor General.'

When I read this I thought 'Surely, that can't be correct? Wasn't our State established when the Treaty was signed in December 1921?' It is correct, however, as an entry Bernard Share's ' In Time of Civil War' for Wednesday December 6, 1922 reads --- 'Saorstát Éireann, the Irish Free State, comes into being today and issues its first postage stamp, bearing a white map of Ireland on a green ground.' I wonder do many of my readers remember those stamps or have kept one? The Treaty had to be ratified by both sides and, just like Brexit which will probably take a lot longer, it took a full year for this process to be completed.

Another item published in a Tempests' Annual of 1953 describes Dundalk of 1816 which shows that there was a very busy harbour here two hundred years ago. It is taken from F. Ennis's 'Modern Geography, published in Dublin ---

The Bay is large and safe, the Harbour has from one to three fathoms with sand.

The houses are of stone, slated, the streets one of them a mile in length.'

This report would have been written at the height of the Napoleonic Wars when Ireland would have been exporting a lot of goods supplying the war effort by Britain and it would seem that Dundalk benefited greatly as a result of that trade. The weavers of the area must still have been manufacturing a lot of linen, even though the old Parliament Square cambric factory, established by the Huguenots in the previous century, would have been taken over the military garrison by that time.

The 'mile long' street referred to would have been the one leading from the Market Square down to the Military Barrack gate. There is no mention of either coal or timber but these must have been coming in as cargoes of the time.

It is interesting to note that, after the Act of Union in 1800, the Customs House in Dundalk had been transferred from near the quay at St. Helena to Quay Street where the date 1803 can still be seen over an old entry beside the Quay Street railway station.