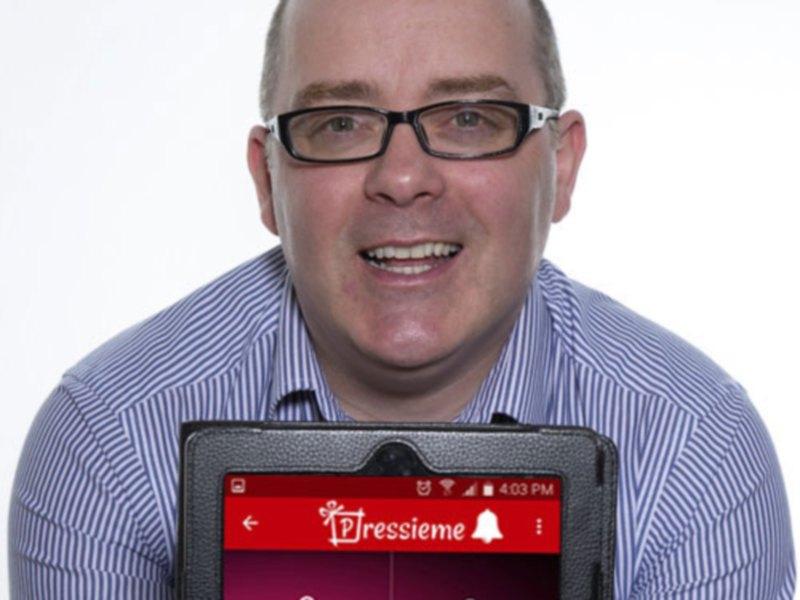 BLACKROCK Man Jason McGee has taken the hassle out of Christmas by inventing a unique Gifting App.

The innovative App entitled PressieMe allows the user to take pictures of their favourite things to send to loved-ones in the hopes of a nice ‘surprise’ on Christmas morning.

“The first time I showed it to a lady working in a local pharmacy her eyes lit up” says Jason. “She told me that she often gets women in looking at gifts they want but complaining that partners just won’t get the hint. This solves that problem and brings the buyer back to shop to buy it from the source.”

“I am especially delighted I came up with the idea because I have always wanted a Vespa scooter and sent the very first PressieMe to my wife .. and hey presto … the beautiful bike arrived yesterday”. said Jason.

The story behind the idea for the PressieMe app is a simple one. Having spent alot of time traveling with his job creator Jason McGee found himself in airport duty free shops staring at the perfume counter trying to remember what his wife would like for a gift on his return.

He thought it was hard to remember exactly what perfume his wife likes especially when she likes quite few. So Jason resorted to taking a photo of the perfume rack at home before leaving but that didn’t help as there were a mixture of fragrances she liked and also a mix of poor gift choices from previous trips. What to do?

So the idea for a gifting app was born where one person could take a picture of a wanted gift on the phone and send to a loved one with all the details, a message and even a location where it can be bought.

Then the receiver just loads the app next time they are standing in the gift aisle and they will see the full list of gift suggestions from their loved one.

The Apple version will be available within two weeks just in time for Christmas.