Rare shot of a red squirrel was taken near Rockmarshall 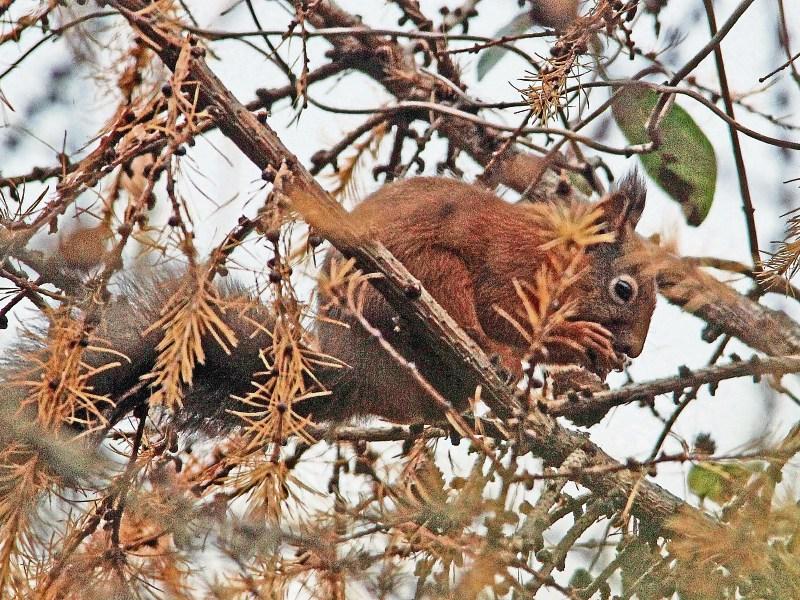 A rare shot of a red squirrel was taken recently in the Rockmarshall area by local nature enthuisast Brendan Connolly.

The beautiful strain of squirrel is becoming an increasingly rare animal to see, due to the spread of the larger grey squirrel across Ireland.

The photo was snapped when Brendan was out on a trek, and you can clearly see the little fellow nibbling on a nut.

Local wildlife expert Breffni Martin says the reds are either “making a comeback” or at least “holding their own.”

“Greys are bigger and more robust than reds and so outcompeted them in habitats such as gardens, towns and cities.

“They also carry a squirrel pox.

“It was widely thought that greys had pushed them out of large parts of the midlands etc. However it turned out that the reds had strongholds in upland coniferous and deciduous forestry. Further research revealed that pine martens (a mustelid carnivore) predate greys in preference to reds – essentially the reds can escape the pine martens because they can get up onto very thin branches when pursued, but the bigger greys can’t get away.

“The reds comeback was aided by some control of greys as well as specialised feeding stations (that don’t let greys feed).

“Red squirrels are now common in Gullion forest, Ravensdale and most of the Cooley mountains as well as the grounds of Ballymascanlon hotel.

“I have seen them in the park by the Tain Bridge. Nationally they are expanding or holding their own.”