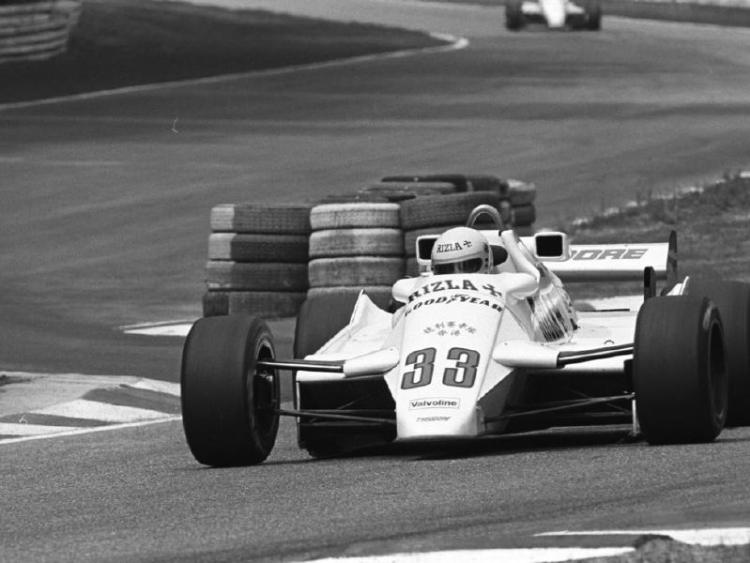 Crash and Burn, which tells the story of Dundalk-born Tommy Byrne, will have a Formula 3 race car present for its Dundalk premiere, at the Omniplex Cinema Dundalk this Thursday 1 December.

The Dundalk premiere of Crash and Burn will take place at 7pm this Thursday 1 December at the Omniplex Cinema Dundalk, with arrivals from 6.30pm.

The screening will be followed by a Q&A with Tommy Byrne.

The motor racing equivalent of George Best and Muhammad Ali all rolled into one, Tommy Byrne went from driving a Mini Cooper in stock-car racing to the big-time in Formula One in a little over four years and was a serious rival of Ayrton Senna.

Eddie Jordan the former team-owner, who worked with both Senna and Michael Schumacher has said: “Forget Schumacher and Senna. Tommy Byrne was the best of them all.”

Tommy’s rise was meteoric and his fall spectacular. He was a cocky, aggressive driver from humble roots and the F1 glitterati simply didn't like the mix.

Directed by award-winning filmmaker Seán Ó Cualáin, the documentary shines a light on one of professional racing’s most dashing and charismatic talents and a glittering career that was doomed before it ever began.

It is the story of the greatest F1 driver never to emerge.

Crash and Burn shines a light on one of professional racing’s most dashing and charismatic talents and a glittering career that was doomed before it ever began. It is the story of the greatest F1 driver you’ve probably never heard of.

Crash and Burn (cert 15a), will go full throttle in cinemas on 2 December.

The film was produced by David Burke of Dot TV & Film with funding from the Irish Film Board, RTE and BBC Northern Ireland.