Dundalk athlete Neasa Reilly gears up for the National Championships 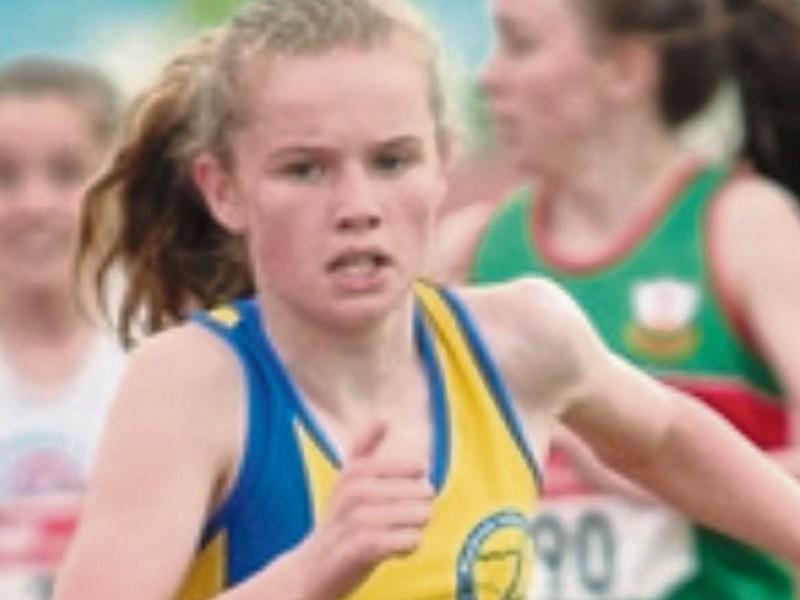 WITH the cross country season well under way Blackrock athlete Neasa Reilly has qualified for the national championships in both the U14 and U15 age categories.

With both Leinster events being held in New Forest Golf Club in Tyrellspass a fortnight apart from each other, Neasa competed at end of October in her own U14 3,000 metres event and after missing most of 2016 with various viruses and illnesses it was good to see her coming back to somewhere near her best.

She was 7th with the top 12 qualifying for the All Ireland Championships which will be held at the new purpose built cross country course at the National Sports Campus in Dublin on 27th November. Neasa was Blackrock AC’s sole representative on the day.

On 13 November Neasa again travelled to Tyrellspass to compete in the U15 Leinster championships over 3,500 metres and showed further improvement with a 4th place finish running out of her age group. The quality of the U14 group of girls was again to the fore when the first 5 in the race were all running out of their age group and indeed the 6th athlete home had won the U16 Leinster championships a fortnight earlier.

It was great to see other Blackrock AC athletes Rebecca Baldwin (U11) and brothers Donnacha (U15) and Oisin Hughes (U17) also competing on the day. There is no denying the fact that Cross Country is a tough event but the club would like to see more of its athletes taking part in these provincial championships.

The National championships for uneven ages will be held in DkIT on 11 December.

This is the third year Dundalk has been chosen as a National venue which is a massive undertaking but demonstrates that our National Organisation Athletics Ireland know it’s a great venue and that the volunteers in Athletics Louth can host a very professional event.

After the National Cross Country Championships the focus for Neasa will be her more favoured event the 800m in Indoor competition in the New Year. Blackrock AC usually has a large and strong contingent competing in indoors so hopefully we will continue to grow that into 2017.