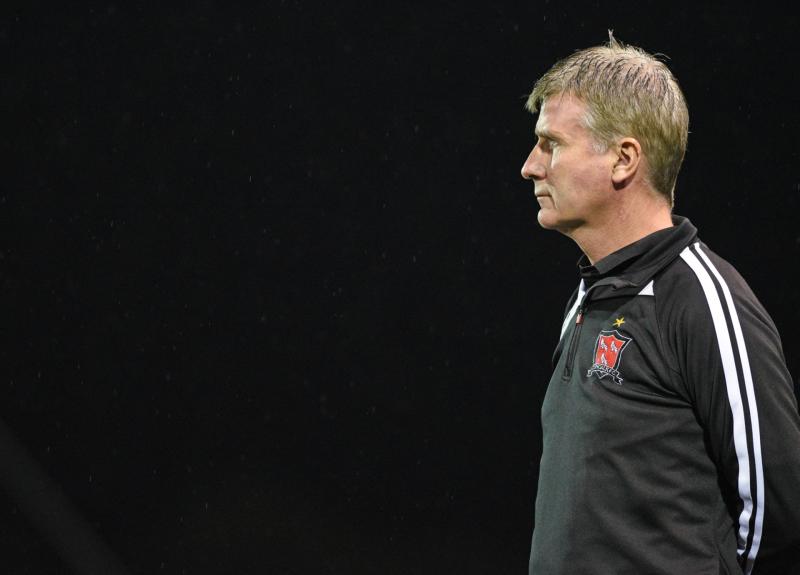 Dundalk’s hopes of qualifying for the Last 32 of the Europa League suffered a blow on Thursday night as AZ Alkmaar left Tallaght Stadium with a 1-0 victory.

The only goal of the game arrived in the 10th minute when Wout Wieghorst side-footed home from close-range after Dundalk had failed to deal with a cross from the left.

The Lilywhites, who lost captain Stephen O’Donnell through injury, huffed and puffed but they couldn’t find an equaliser with Ronan Finn and Sean Gannon both going close.

If Zenit draw or beat AZ, Dundalk will progress to the knock-out stages if they can either win or record a score draw in Israel.

“That’s the situation we are in now, we have to win in Israel and hope that it’s good enough but we know that a draw might be enough,” said Kenny.

“It’s a tough task to go to Israel, but we have beaten Maccabi previously so we can take confidence from that.

“We could have got a draw tonight,” he added, “it would have flattered us probably, but it wasn’t beyond us. We have to accept defeat, and make sure we go to Israel and give ourselves every chance out there.”