Shock death of mother of two with a 'bright future' 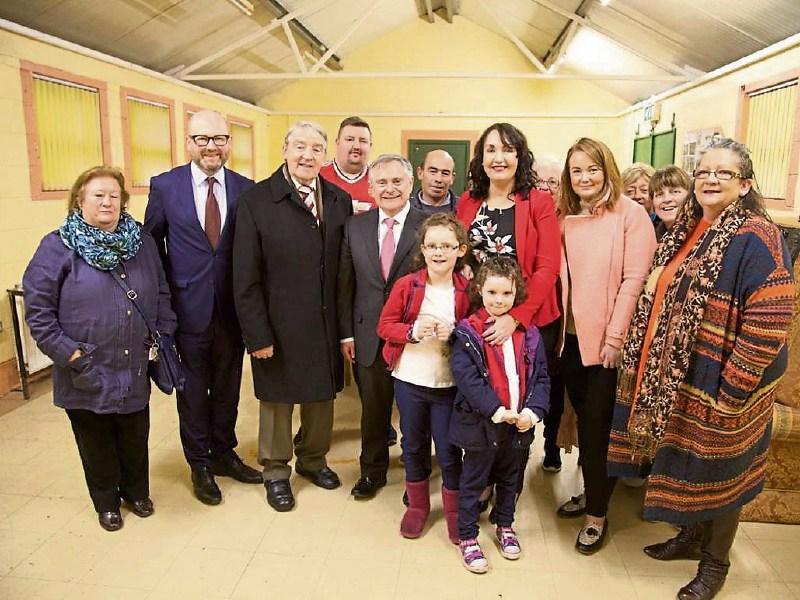 There was widespread shock in Dundalk last weekend at the sudden passing of local Labour representative Vanessa Ryan at the age of just 34.

The young mother of three from Fr. Murray Park in the town died suddenly on Friday evening at her home.

The daughter of former local councillor Jim Ryan, Vanessa had just last week been announced by the Labour Party as one of their Local Area Representatives for the Dundalk/North Louth area.

Vanessa was described by friend and colleague Senator Mary Moran as a dotting mother who adored her two children Isabella and Ayda.

"She was one of the most genuine, kind hearted people that I have ever met," Senator Moran told the Dundalk Democrat. "She was a very, very good friend. She was extremely popular with everybody and every age group, and she will be missed dreadfully by the whole community.

"She was extremely talented in everything she did. My heart goes out to her two beautiful wee girls, Isabella and Ayda; and her mum and her sister and two brothers. "She was someone who you could always talk. I just felt numb when I heard it. I just thought 'no', it couldn't be. It goes to show just how fragile life is.

"I taught her and her sister. I was delighted when she came back to Dundalk there a few years. She was a great friend and help to me.

"Vanessa was brilliant in the radio station (Dundalk FM). She always had time for the younger ones. She took my own little fellow in on Christmas eve and they did a gorgeous programme.

"She absolutely idolised her two girls. Her whole life revolved around those two wee girls and her parents and siblings. She really had a bright future ahead of her."

"I would like to express my deepest sympathy to the Ryan family on the sad and tragic passing of Vanessa.

"In recent times, Vanessa became a valued and committed member of the Labour team in Louth. Just last week, she was appointed as our Local Area Representative for the Dundalk-Carlingford Electoral Area.

"On a visit to Dundalk, Brendan Howlin, at Vanessa’s request, met with residents of O’Hanlon Park and Father Murray Park to discuss issues of concern with them. It was clear to all of us present that Vanessa was committed to making her community a better place. She had the same love for her community and passion for social justice, equality and fairness which was exemplified by her dad Jim on Dundalk Town Council and Louth County Council and throughout his life.

"It was an honour and privilege to call Vanessa a friend and colleague, and our hearts go out to her Dad and Mam Jim and Ann, her two beautiful girls Isabella and Ayda, her sister Carol, brothers John and Stephen and everyone who’s lives she has touched."

Dundalk FM paid tribute to an “esteemed employee and colleague.”

Vanessa joined Dundalk FM as a volunteer in 2003 and presented a weekly programme entitled 'Time Detectives' each Saturday lunchtime at 12pm. Vanessa joined the station as Advertising Manager in June 2015.

“Her value as a friend among her colleagues was obvious to all and the staff were heartbroken when they heard of her unexpected passing. Vanessa had also contributed many hours as a researcher for well documented articles from an early age.

“Her education shone through like a beacon and any project she was associated with was flawless , indeed such was her professionalism and pursuit of excellence that many projects were enhanced greatly by her contributions as a researcher , producer or presenter.

“She had an excellent rapport with the many constituents served by Dundalk F.M including clients, Directors , Volunteers other staff members and also with all our listeners.

“While we here in Dundalk F.M will miss her presence terribly her family will have to continue on without that smiling face greeting them on a daily basis.”