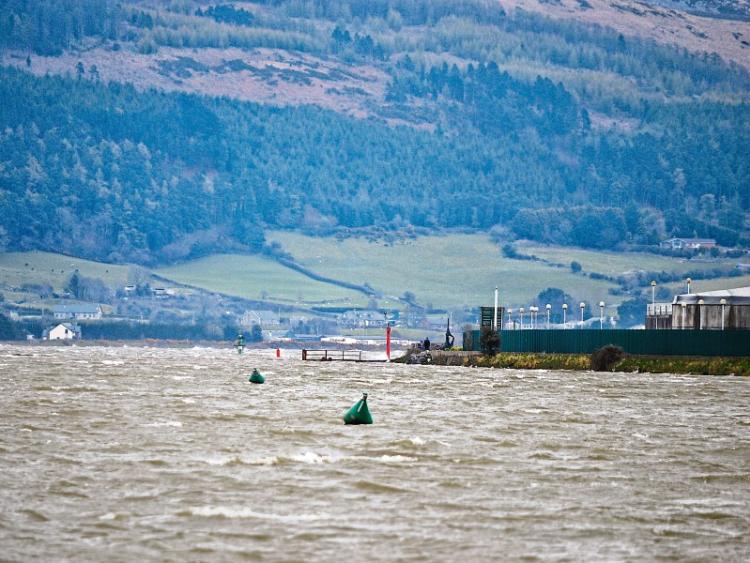 My good friend Charlie McCarthy has sent me a timely reminder that the RNLI Lifeboat service are holding their annual Flag Day in North Louth on Saturday December 3 next with collections in Dundalk, Blackrock, Carlingford and Omeath.

I am sure my readers will be very happy to support an excellent cause!

The Dundalk Democrat has always supported the Lifeboat service since it came to the County Louth coast in the wake of the Mary Stoddard disaster in 1858. Some of the reports in the newspaper in the nineteen century are quite stirring to read, as evidenced in the article published in last week's Democrat about the Connemara disaster 100 years ago this month.

The Shipwrecks Inventory of Ireland, compiled by Karl Brady of the Irish Underwater Archaeological Unit, is another great source of information about shipwrecks off the coast of Louth and Meath. In it I spotted an entry about a forgotten shipwreck in Dundalk Bay at this time of year in 1875. Strangely the story seems to have remarkable similarities to the wrecking of the Mary Stoddard 27 years earlier except that, on this occasion, only two lives were lost, compared to 11 who died in April 1858. The rescue of the Captain and six crew of a sailing vessel called the William Nelson seems to have been greatly assisted by the availability of steam tug belonging to the Dundalk Harbour Commissioners. Sadly, however, the Captain's wife and another member of the crew were lost.

The entry in Shipwreck Inventory reveals the vessel was a 10 year old brigantine, built in Canada, registered at Dundalk Port and owned by two Dundalk businessmen, J. Oakes and T. Williamson. She was carrying a 318/400 ton cargo of coal from Troon in Scotland to Dundalk on November 13 when stuck by South East force 8 gale (this was a Fresh Gale on the Beaufort scale, with winds up to 50 m.p.h., the wind at the time of the Mary Stoddard wreck was stated to have reached Foce 12). The Inventory report states ---

The Master was called Owen Jones but I have been unable to find out if he or his wife had any connection with Dundalk. Women did not usually travel on cargo vessels in the nineteenth century but, apparently, this did not apply to the captain's wife and there are many reports of young women travelling with their husbands, even if they were pregnant.

An interesting addition to the report states – 'Some material, anchors, ropes and chains, auctioned in 1876.' There is no mention of the cargo of coal but I understand that quite a lot of this fuel was salvaged from Dundalk Bay, much of it washed up on the shore.

On this day, Friday November 22, 1963, President John F. Kennedy, was assassinated shortly after noon in Dallas, Texas. An event that changed world history!

We did not get to hear about it in Dundalk until around 7 pm G.M.T. (a couple of hours after the event), but even this was pretty quick compared to the spread of news only a year earlier because of the advent of satellite television in July 1962.