Joan from Dundalk nominated for Volunteer of the Year 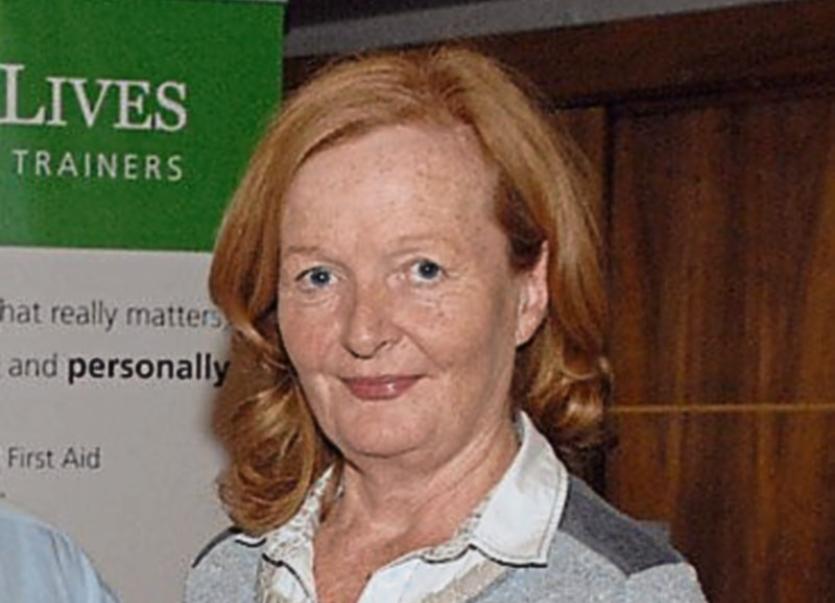 LOCAL Nurse and Volunteer Joan McAdam of the Haggardstown and Blackrock Defibrillator has been nominated for Volunteer of the Year under the Volunteer Ireland Awards program.

The nomination came from Blackrock man Conor Murphy whose life was saved this year thanks to the presence of this active Defibrillator Group, of which Joan is a founding member, trainer and tireless volunteer.

The VIA event is being held on Dec 7th in City Hall Dublin and aims to shine a light on the remarkable work of volunteers around the country by celebrating them on a national level and each year, people from all over Ireland are encouraged to nominate someone they know who gives their time and energy voluntarily.

There are 9 categories, reflecting different facets of volunteering work and Joan was nominated under the category Emergency and Ambulance services for her dedication to the Haggardstown and Blackrock Defibrillator Group.

Throughout this time Joan has raised funds to provide for the purchase and maintenance of five defibrillators, four of which are public access and available 24 hours of each day. The remaining defibrillator is used by the cardiac first responder who is on duty at the time. Joan has also trained over 200 people in the area in basic CPR skills and has also completed a program of training with the local schools for the 5th and 6th class children (Citizen Hands Only CPR also known as CPR without the lips).

Connor Murphy who has nominated Joan for the award told the VIA the story about Joan’s impact on his life.

“I was playing in a twice weekly football match in the local football club pitch Rock Celtic which is adjacent to the Community Centre where one of the public access defibrillator resides. At approx. 9.50pm that evening I went into cardiac arrest and collapsed. My team mates started CPR and the defibrillator was retrieved. After some 7 minutes I received a shock from the defibrillator and within a minute or so later I was revived just as the paramedics were arriving. The fact that that defibrillator was there was purely down to the work Joan has done down through the last six years and both myself my family and friends are so grateful to her for that. I was taken to the mater hospital and received heart bypass surgery the following week. I was forty five years of age at the time with a wife and three young daughters.”

“Earlier that day, Joan had been doing her daily checks of the defibrillators in the parish when she noticed that the one at the community centre was displaying a warning sound and needed to send back to the manufacturer for repair. The process is that a replacement defibrillator would be sent within 24 hours. So Joan removed the defibrillator and put up a sign to say it was out of order. This was at lunch time on April 19th. Later that afternoon while Joan was at home she felt that there would be a greater footfall of people at the community centre than at the Dublin road (where another of the defibrillators was positioned). Joan herself left her house and moved the working defibrillator to the community centre where it was then used on me some 4 hours later. Even as I type this story it still makes the hair stand up on the back of my neck. A series of decisions made by this remarkable woman which has led to saving my life and in so doing providing my family with a father/husband for the years ahead.”

A spokesperson for the group said,

“Joan has helped to provide a valuable service to our community to promote the need for and provide for the chain of survival in early intervention in situations such as a heart attack or cardiac arrest, choking or stroke before the National Ambulance Service crew arrives. Prior to 2010 there were no public access defibrillators in our community. If a member of the community was suffering from cardiac arrest they were relying solely on someone with knowledge of CPR until the emergency services arrived with lifesaving equipment.

“Joan has made a significant impact in managing and coordinating a large and dynamic group of CFR volunteers to provide cover, where possible, 24 hours a day, 7 days a week. At present we have 20 active volunteers and 20 new volunteers recently trained and awaiting Garda Vetting.

“We know that in responses to certain emergency situation, every second counts: e.g. cardiac arrest, stroke and heart attack. “International evidence is clear, equipping communities with equipment and basic life-saving skills will save lives”. (CFR, Ireland)

“According to the Out of Hospital Cardiac Arrest Register Report in 2014, there has been an increase in survival to 6.4% for cardiac arrest patients with 22% of patients who survived had defibrillation attempted before the arrival of Emergency Services. This confirms the need for access to this life saving equipment and trained personnel in our communities and how Joan deserves to be rewarded for her efforts in ensuring our local community is at the forefront of high standards of pre hospital emergency care”.