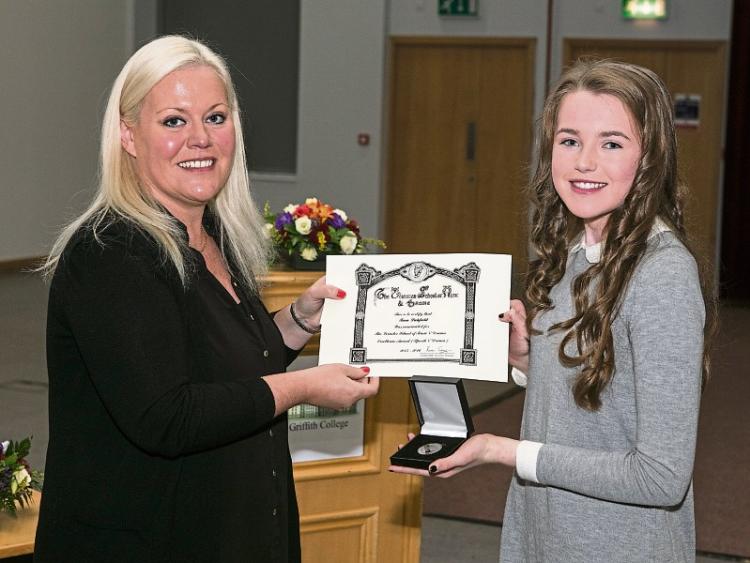 Tara attends lessons with Sharon Lynch Nordon in Blackrock, Co. Louth. She performed the poem 'I Am Stretched on Your Grave' for her Grade 9 Speech & Drama Exam.

There is an Excellence Award for both music and speech & drama with the winners in each category receiving a coveted trophy and cheque for €300.

Commenting on the awards, Karen Casey, Head of Faculty of The Leinster School of Music & Drama at Griffith College, said; “This year’s Excellence Awards at Griffith College showcased the very best in talent across the areas of music and speech & drama. We are delighted to see these students and teachers recognised for their outstanding commitment to these disciplines and would like to wish them the very best of luck for the future in their chosen fields”.