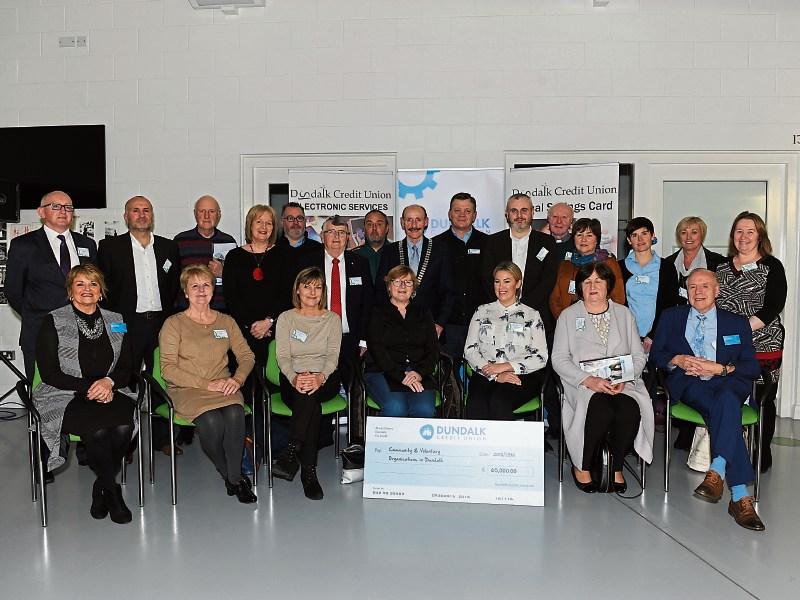 A survey undertaken on behalf of Dundalk Credit Union have given a rare insight into prevailing attitudes of local people towards living in the town.

The results of the survey by Amarach were revealed at the launch event of Dundalk Credit Union five year strategic plan, which took place at the Creative Spark complex.

The evening was an opportunity for Dundalk Credit Union to acknowledge the many volunteer organisations that they support locally.

The survey included responses from 304 individuals around Dundalk, and was undertaken in July.

31 per cent of respondents said that Dundalk being a 'quiet, peaceful, safe' area was the main reason for living in the area. It was highest polling answer.

52 per cent of respondents said they found there was a strong sense of community in Dundalk, 29 per cent saying that it was very strong.

Also, 62 per cent that they were optimistic in spite of the economy, a figure above the national average.

The suvey was just one segment of the evening with credit union speakers taking the opportunity to thank their supporters in the broader community.

Groups such as Turas, Dundalk Simon, Dundalk FC, The Birches and the SVP were among those mentioned.

Chairman of the Board Tom D'Arcy, Chairman of the Strategy Committee Frankie Watters and CEO Billy Doyle also presented an overview of their strategic plan for the next five years.

“The event is here to recognise the work of voluntary organisation in Dundalk. We want to reflect on the support that has been provided to those organisations,” CEO Billy Doyle told the Democrat.

“Dundalk Credit Union has undergone a significant strategic planning process over the last number of months. As part of that we commissioned a dedicated research team - Amarach research - to a do a survey on Dundalk itself. We wanted to share some of the outcomes of that, among them the very strong sense of community in Dundalk.

“Thankfully the survey showed the very strong regard that people have for the credit union.”

Dundalk Credit Union - one of the biggest credit unions in the country - want to double there current loan book - to €90 million.

“The plan itself is a pretty ambitious document. It envisages a significant doubling of our loan book over the next five years and the growing of the loan book.

“It very much underscores the transformation of our ICT platforms. It allows more members to engage online.

“Our plan also sets out the deeper engagement the credit union seek to have with the local community, and the local economy.”

A host of local stake holders were there on the night, including Louth County Council, Dundalk Chamber of Commerce and many of the volunteer organisation that benefit from Dundalk Credit Union's ongoing support.