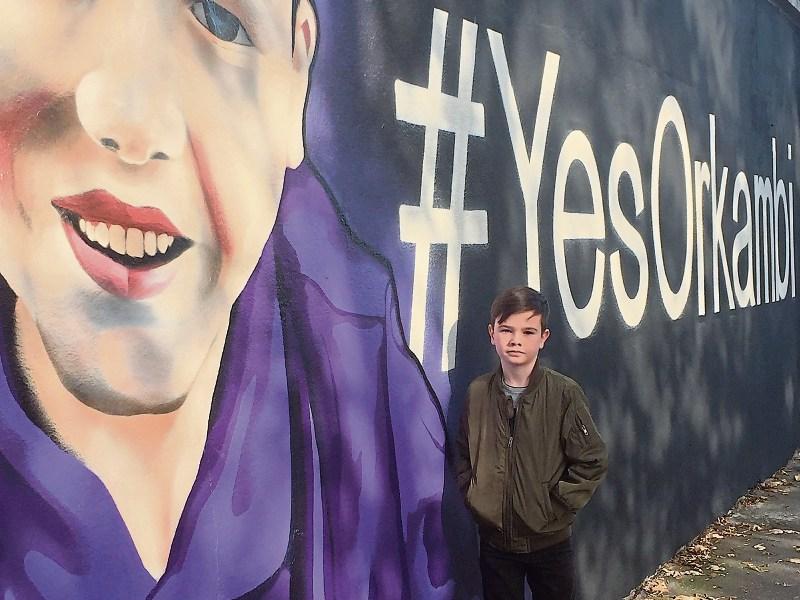 A Ravensdale couple are among of group of parents of children with cystic fibrosis who have been invited to give a presentation in the Dáil AV room on December 1.

Maire and Iain Gallagher, who live in Dulargy, Ravensdale, are the parents of a child with cystic fibrosis.

“Cathal is 9 years old. Every day he fights for his survival against the deadliest genetic condition in Ireland. We belong to a committee of parents of children with cystic fibrosis,” they told the Dundalk Democrat.

“We have been left with no choice but to fight for our child.”

Sinn Fein have invited the committee for the parents of children with cystic fibrosis to give a presentation in the AV room in the Dail on December 1st at 9.30.

“Both Sinn Fein and our committee feel that support for our children be non party political and cross party involvement is vital to obtain Orkambi and stop cystic fibrosis being the death sentence it has always been.

“As a constituent of Louth I have formally invited for Peter Fitzpatrick, Declan Breathnach, Fergus O'Dowd and Imelda Munster to attend. Ireland needs to stand together for what really matters. Our children's lives. That can begin with our local TDs attendance and involvement.

“With CF, the body has a defective protein which produces thick mucus that causes numerous lung infections that are serious and can lead to permanent scarring. The thick mucus can block the digestive system and gastric organs. A Person with CF (pwcf) can look so well but their body is tearing itself apart from the insides. Pwcf lose 2-3 % lung function annually from adolescence.

“We have the largest incidence of CF in the world, this makes CF an Irish problem. Scarily CF gives our children a considerably low life expectancy.”

Orkambi has been developed by an American drug company called Vertex and is currently available in the US, France and Germany.

“Cystic Fibrosis Ireland(2016), have described it as a game changer towards saving ours child's life. The drug is presently being reviewed by the HSE with no word on a determination. Finance appears to the major obstacle in its path to be granted despite the life changing and saving differences it will provide to the cystic fibrosis community.”

In response to this we have provide several of the political parties with a small, "life list," which quantifies the number of people effected by cystic fibrosis that could be treated by Orkambi and the length of time it allows coverage for.

Teachta Adams hosted the meeting, along with Sinn Fein's spokesperson on health Louise O'Reilly TD, following requests from his constituents and other parents, who believe that the new CF treatment, Orkambi, could significantly improve their children's health and their quality of life.

“"Orkambi could change their children's lives reducing the amount of drugs they need to take and lowering their number of hospital admissions. They believe that it will significantly extend the life expectancy of their children and give the whole family a chance at a normal life.

"Among the group who came to Leinster House was one woman whose son is currently receiving Orkambi as part of a medical trial.

“In the 3 years since her son has been taking Orkambi his health has vastly improved and he has had no further deterioration in his lung function.”