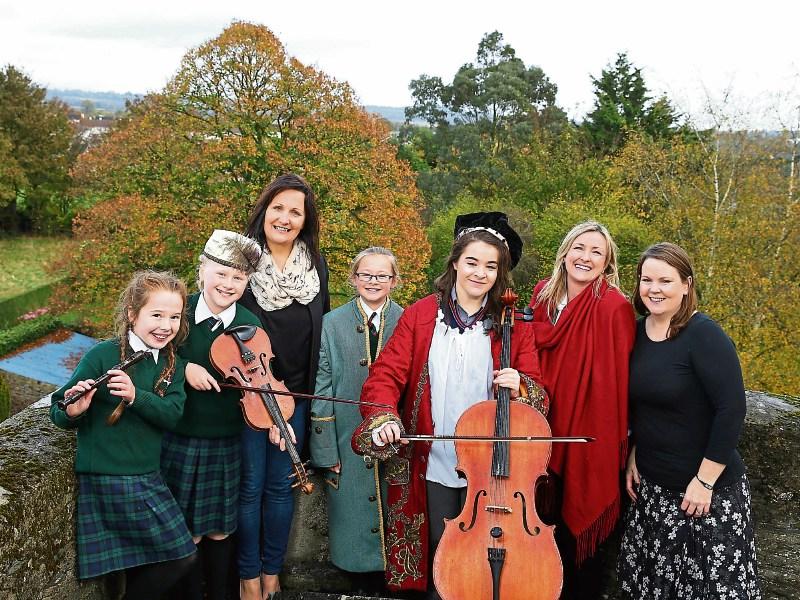 This year's Ardee Baroque Festival which runs from Thursday 24 to Sunday 27 November 2016 will include a performance of Vivaldi’s Four Seasons by the Irish Baroque Orchestra. The festival will also include performances of well-known works from Bach, Handel and Clarke.

“We are delighted to welcome music lovers and music explorers back to Ardee for this year’s Baroque festival,” said Pauline Ashwood, programme director.

“Last year’s event was hugely popular and we hope that this year’s line-up of top class musicians performing a range of renowned works will prove equally enticing.

“You don’t have to be a classical music expert to enjoy this festival and every performance will include well-known tunes from the baroque period.

“The baroque era has influenced music for the UEFA Champions League, the films Four Weddings and a Funeral, Pretty Woman and The Godfather, as well as The Simpsons and a wide-range of advertisements”, she said.

The Irish Baroque Orchestra will headline this year’s festival with an evening of Vivaldi on Saturday 26 November.

The concert will culminate with one of the best known works from the baroque era, The Four Seasons.

The group of four violin concerti, each representing a season, will be performed by violinist, Claire Duff.

This is the first time in the history of the festival that this work will be played in its entirety.

The concert will be directed by award-winning musician, Peter Whelan.

The senior string players of Music Generation Louth, aged between 14 and 17 years old, will give their very first performance at Ardee Baroque Festival.

The orchestra will treat audiences at this family friendly concert to a selection of well-known works, including Bach’s Air on a G String.

Meanwhile, on the Saturday afternoon, violinist Darragh Morgan and cellist Adi Tal, of the award-winning Fidelio Piano Trio, will perform works by Bach, including Cello Suite No.1, which audiences will know from movies such as The Pianist and TV shows including House and Smallville.

On Sunday, to close the festival, Niall O’Sullivan will perform a range of works on trumpet and organ, including Clarke’s famous wedding anthem Prince of Denmark’sMarch. Together with soprano Rachel Croash and organist David Adams, they will also perform Handel’s aria Lascia Ch’io Pianga.

Ms Ashwood added: ‘‘We are very excited that The Irish Baroque Orchestra will headline the Ardee Baroque Festival again this year, with a performance of Vivaldi’s Four Seasons in its entirety,” said Pauline.

‘‘The performance of Senior Strings players also promises to be a great event for all, especially aspiring young musicians.

“This will be the first time that this orchestra will perform at the festival and all of the players are from Louth.

“Baroque, of all the classical music periods, is so accessible because it has so widely been adopted by popular culture.

“We are committed to keeping prices affordable to encourage as many people as possible to come and experience the wonderful vibe of a live music performance. Many of the events are free, or offer concessions and children’s prices.”

Tickets can be reserved by calling 087-3434523 or by emailingardeebaroque@gmail.com.

Tickets can also be purchased at Frame and Art, Deeside Industrial Estate, off Irish Street, Ardee.