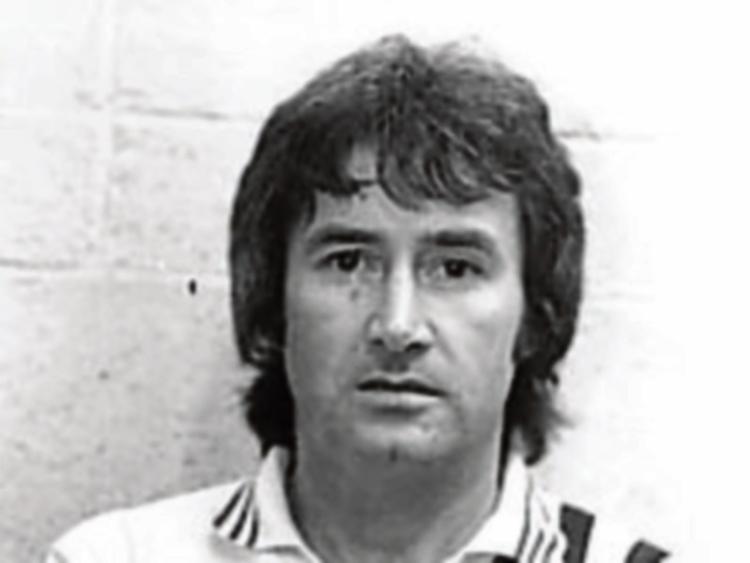 With the recent call up of Daryl Horgan and Andy Boyle to the Republic of Ireland international squad, we take a look at some players who earned their call ups while playing for Dundalk.

Our next player is nothing short of a club legend and perhaps one of the greatest players Dundalk has ever produced. Joey Donnelly was born on the 1st October 1909. He earned 10 caps for Ireland (wins: 3, Drew :1, Lost: 6) in which he scored four goals. Donnelly even won man of the match for Ireland against Rhineland XI. The reason Donnelly never managed to cross over to England was due to contract complications with Belfast Celtic. He is one of the most decorated Dundalk players ever. In 519 appearances he scored 129 goals. Donnelly sadly passed away on 29th February 1992.

Joey Donnelly actually played with our next player who is Billy O'Neill. O'Neill was born on the 21st January 1916. He made 330 appearances scoring 30 goals from Right-Back. He made his debut for Ireland against Holland in December of 1935. He would go on to win 10 more caps(Won 5 Drew 4 Lost 2). He is the most capped Dundalk international and 3rd highest in all of league of Ireland. O'Neill played right fullback but when Dundalk suffered a lot of injuries he was called into center forward. O'Neill would retire in 1944 and sadly passed away in 1978.

Next up is yet another fullback in Mick Hoy. He earned 6 caps for Ireland( Won 2, Drew 3, Lost 1). He made his debut for Ireland against Norway in October 1937. He would make 103 appearances for Dundalk at left-back. He signed for Dundalk in April 1937. While at Dundalk he earned a cup medal. Mick Hoy was actually from Northern Ireland but still got picked for Republic of Ireland.

Dicky Lunn was a left half back from Lurgan. He was born on 17th June 1909 and he was known as "The Mighty Atom" , this was due to him being 5ft 4in and weighed less than 8 stone. He would earn 2 international caps. They would both be victories against Switzerland in September 1938 (1-0) and Poland in November 1938 (3-2). He would make 172 club appearances and passed away on 26th December 1980.

We would have to wait quite a while before a Dundalk player would play again for Ireland due to World War 2. Terry Murray was the first Dundalk player to appear for Ireland after the war. He was born on 22nd May 1928 in Dublin. Dundalk signed Murray from St.Pauls in 1948. He was already an incredibly accomplished player at St.Pauls winning everything there was to win. In April of 1952 he would over to England to play for Hull. He would spend two years at Hull before moving to Bournemouth. In his only international cap he would play Belgium and Ireland would lose 5-1 ( First Irish team to play under floodlights).

We would have to wait another near 20 years before a Dundalk player would be capped again. Tony O'Connell was born in Dublin 1942. He would make 83 appearances for Dundalk scoring 8 goals at left winger.. O'Connell would make his only appearance for Ireland in a 0-0 draw against Spain. This team would also feature the legendary John Giles who we would have been used to seeing on TV up until a few months ago. The game was quite a violent affair with many fights breaking out and horrible tackles coming in. O'Connell would earn another cap during his spell with Bohs.

We now move to another legend in the shape of Tom "Tommy" McConville. He has 17 trophy wins with Dundalk and 6 international caps. He would win 3 league titles, 3 FAI cups, 2 League cups, 1 shield , 2 city cups, 3 Lenister cups and finally 3 President cups. He would 580 club appearances for Dundalk at center half. He would retire in 1986. He would earn his first international cap against Austria in a 6-0 defeat on 10th October 1971. He would represent Ireland 5 more times. His last game being a 1-1 draw with France on 19th May in 1973. McConville passed away recently in October of 2013.

Turlough O'Connor was born on July 22nd in 1946. He has a total 156 appearances with 86 goals from forward.While at Fulham he got called up for Ireland and scored in a famous 2-1 win over Czechoslovakia in the European nations cup.He signed for Dundalk in the summer of 1968. He equaled a club record by scoring 4 in one game in a 6-1 win over Waterford. Liam Tuohy, manager of Dundalk and Ireland and selected him for a mini world cup in Brazil. He earned 4 more caps at this tournament and scored in a 3-2 win over Ecuador. Due to money problems at Dundalk he would to moves Bohs where he would end his career.

Synan Braddish was born on January 27th 1958. He would make 102 appearances for Dundalk scoring 17 goals. He came to Dundalk during the 1975-1976 season while Jim McLaughlin was in charge. He played three first team games. In his next season he would win FAI cup and a Lenister cup. He would continue to flourish and in his 3rd year was permanent member of the team.

At this stage he was attracting a lot of attention from across the water. This resulted in him joining Liverpool at the end of his 3rd season. He would join back a year and half later in a season where Dundalk chase league leaders Limerick to very last game but ultimately finishing second by a single point. Synan scored a hat trick in a club record 9-0 win over Shelbourne. He picked up his only 2 Irish caps when he came on as a sub in 4-2 victory Turkey on April 5th and his second cap was in a 3 -0 defeat against Poland in Poland on April 12th.

Our final international is Mick Fairclough. In 157 appearances he scored 62 goals from center forward. Yet another great signing by Jim McLaughlin, Mick had been told his football career was over but he went up to Belfast every two weeks for a year to try recover. Fairclough came off the bench to score a equalizer against Shamrock rovers in a EUFA Cup qualification. In following years he was the club top goal scorer for three years straight and he won every major trophy he could win. He scored in the 79th minute against Sligo rovers to clinch the cup final. His two international caps came against Chile and Trinidad and Tobago.