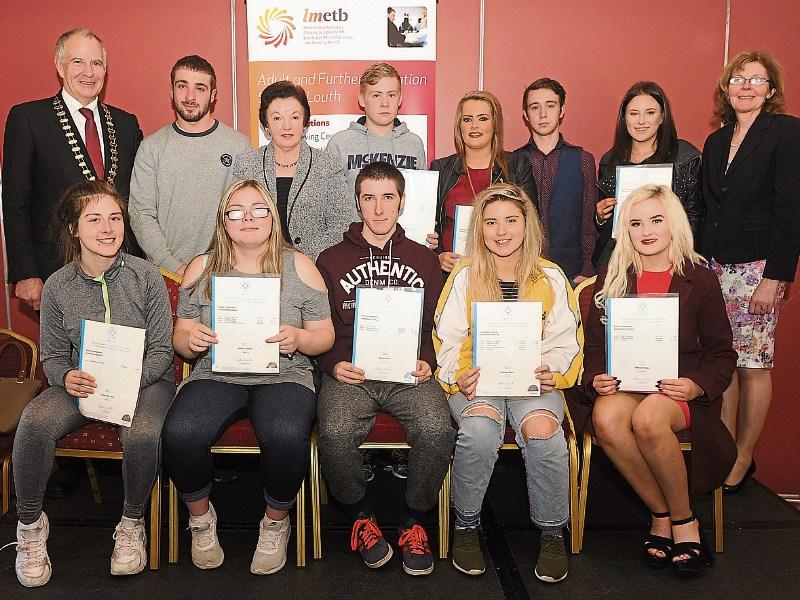 An awards ceremony was held at The Lisdoo, Newry Road Dundalk recently to celebrate the many achievements of Dundalk Youthreach learners.

The debating competition was run between all eight Youthreach centres in LMETB and Dundalk were the overall winners under the guidance of their English teacher Colleen Hardy.

Youthreach has been successfully running QQI programmes since the mid-nineties.

Gaisce was introduced in 2014 and 2016 was the first year Youthreach took part in the in both the Cook-it programme and Debating.

The Co-ordinator Margaret McDonnell praised the hard work of both learners and staff and the support given by parents and LMETB.

She expressed great pride in the learners’ success and wished them well in their further studies.