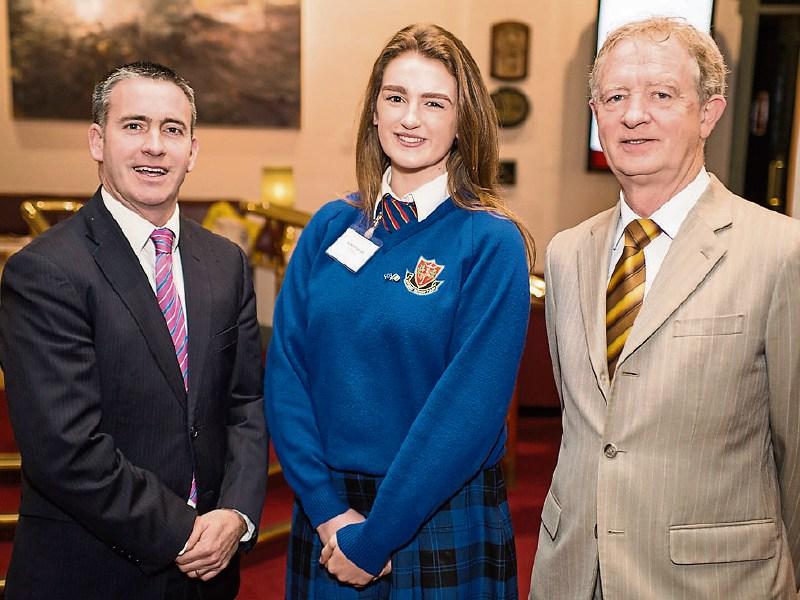 Aoife McGeough from St Vincent's School Dundalk won the 18 and under category in the Europe Direct Soapbox Competition for 2016 last week.

All through the autumn, contestants have been battling the length and breadth of the country, passionately defending or attacking the idea of ‘The EU: United in Diversity in the sixth annual Europe Direct National Soapbox Competition.

Eight Europe Direct Information Centres in public libraries around the country held lively discussions on this topical subject, giving the public the chance to have their say.

Fifteen finalists competed in the National Final, which took place at the National Concert Hall on Tuesday, the 8th of November with Aoife, the North-East/Midlands region and Siobhan Fitzgerald from Galway, representing the Midlands region being announced as the National Winners of the Europe Direct Soapbox Competition 2016 in the 18 and under and adult categories respectively.

Mr. Damien English Minister of State, Department of Housing, Planning, Community and Local Government opened the event as guest of honour and the prizes were presented by Mr. Gerard Kiely, Head of Representation, European Commission Representation in Ireland. The Soapbox Final was chaired by Mr. Tim Hayes, Head of Information and Communications, European Commission Representation in Ireland. The panel of judges was chaired by Mr. Donal Singleton, Acting CEO, LGMA.

Each contestant had three minutes to make their case, convince the judges and win over the audience.