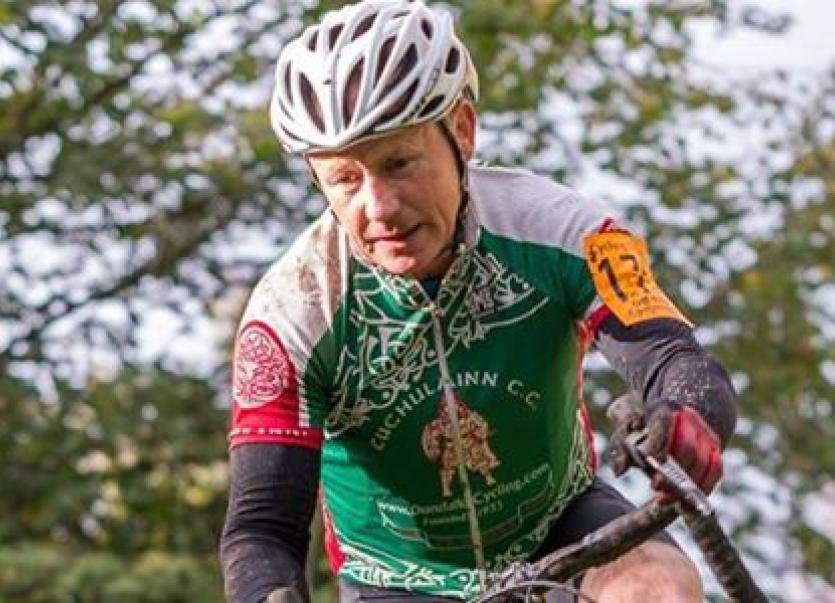 Members of Dundalk's Cuchulainn Cycling Club expressed their deep sadness and 'shock' over the weekend at the passing of well-known local sportsman Gerry McCabe who passed away last Friday.
In a post on their Facebook page the club paid glowing tribute to a man with a 'huge heart'.
"Gerry joined Cuchulainn in 2002 after a very successful Rugby career. He was always a complete gentleman and was heavily involved in all aspects of the sport and club activities. Gerry was a born competitor and has won practically every competition the club has ever run.
"He also won numerous national titles in a number of disciplines and took part in a number of international mountain bike competitions such as the Transalp and Rock d’Azur. One of Gerry’s other big loves was the sport of triathlon where he competed at all distances right up to the full Ironman.
"Gerry wasn’t big in stature but he had a huge heart. He was a warrior and a fighter to the back-bone. Stories of his accidents and crashes are legendary, but nothing ever stopped Gerry from getting back on his bike.
"Doctors would advise a 6 – 8 week break following a crash but within a week he’d be back on the turbo and out on the road. He was always quick with a wise crack and was rarely seen without a smile on his face. Gerry and his two brothers, Johnny and Declan -“The Bull Mc Cabes” - are known the length and breadth of Ireland as well as further afield for their toughness, sense of adventure and fun. We want to express our condolences to Johnny, Declan and all Gerry’s family and friends; we have all lost a great man.
"Gerry we will all miss you and the world is a sadder place without you."