Bridie enjoyed the ordinary routine of going about her life 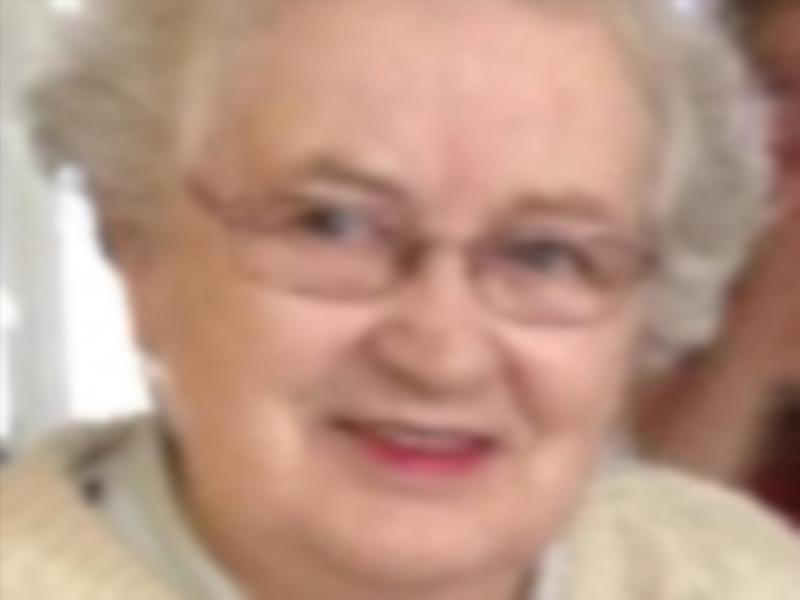 She lived all her married life in Bachelor’s Walk, Dundalk and was a lady with a deep love of her family and had a staunch faith.

She enjoyed the ordinary routine of daily Mass and heading off to the shops while meeting and chatting with people along the way.

Bridie held the distinction of being one of the first group runners to complete the Dublin Ladies mini marathon after taking up jogging at a late enough stage.

She was the last surviving sibling in her family.

She was one of eight children of the late John and Brigid McNamee, and was predeceased by her sisters, Anna and Bernadette and brothers, Francie, Jim, Michael, Sean and Hughie.

She grew up at Sportsmanshall, and took up employment at an early age in PJ Carrolls, the local cigarette and cigar manufacturers that since shut down.

Future husband Paddy worked in another of the town’s then traditional industries, shoe manufacturing, in Hallidays factory, which sadly also closed.

The couple met on a social night out in the Pavilion ballroom in Blackrock that also since has fallen victim of the changing times.

They married in Saint Nicholas’s church and had their reception in the Lorne Hotel in Clanbrassil Street, and lived for a very short time in Barrack Street.

They bought what was to be their home for practically all of their marriage in Bachelor’s Walk.

Bridie as was the custom then ceased work to run the family home and take care of the family.

They then had two sons, Patrick and Gerard.

When they had grown up sufficiently Bridie returned to work on a part-time basis in PJ Carrolls in the shop in Church Street.

She was a lady of dignity with respect for all, a great sense of humour, and her faith was central to her life. Mass was an integral part of her daily routine, attending the 8am celebration in Saint Patrick’s Cathedral every morning.

She had great devotion to Saint Gerard Majella and Saint Brigid and attended the annual novenas in Saint Joseph’s Redemptorist Church and Saint Nicholas’s. This year was the first time she missed Saint Gerard’s novena as she was in hospital.

She enjoyed the daily routine of going shopping for essential items and meeting up with friends and acquaintances and having a chat.

She loved knitting and excelled at it with her nearest and dearest proud owners of her famous Arans. One of the last items she knitted with love was for her grandson Patrick.

She was an avid viewer of sport on television and didn’t like to be interrupted, whether it was watching darts or snooker or the Sunday Game.

She was keenly interested in the fortunes of Louth and Dundalk FC, and over her final couple of weeks the only reason for her to ask for the television to be turned on was to see the result of the Lilywhites games.

She also loved Telly Bingo, and was a keen follower of the soaps, but her favourite programme was “Mrs Browns Boys” and Agnes Brown the character she most enjoyed.

She turned to jogging for exercise at a relatively late stage, and joined the Dundalk Joggers headed by Joan Brady.

She was one of the earlier members, and completed the Ladies Mini Marathon in the first couple of years of the event.

It was a feat over which she was proud.

Bingo was always her main leisure outlet outside her home. She used to attend sessions with her late mother, Brigid, and go to play twice a week.

The Friary in more recent times was where she went and enjoyed the craic with her buddies, particularly Bernie.

Bridie overcame serious illness a few years ago, but in recent weeks felt unwell and was admitted to Our Lady of Lourdes Hospital where she passed away with close family by her side.

The family are deeply grateful to the staff in Our Lady of Lourdes Hospital for their care and attention and a special mention to one lady in particular T, and for all the help and support they received.

The esteem in which Bridie was held was reflected in the large attendance at her funeral ceremonies.

Her only grandson Patrick held a special place in her affections in a family she cherished so much.

After reposing at home, Bridie as was her wish was removed on the Thursday to St. Nicholas’ Church which meant so much to her, receiving her First Holy Communion and being Confirmed and married there.

Father Mark O’Hagan Adm celebrated Requiem Mass the following day and delivered a warm personal eulogy from his knowledge of Bridie as a lady of strong faith and humorously concluded it with the catch phrase “That’s Nice” of her favourite Mrs Brown from the television comedy series.

Gifts symbolising Bridie’s life, including a photograph, her glasses, a St Gerard’s candle, holy water, knitting needles and a bingo book were presented at the altar by niece, Laura McArdle, daughter-in-law, Christine Lennon and Sandra Barry.

Nieces, Deirdre McGuinness and Rosemarie Duffy gave the Readings, while nephew Gerard Ralph and Yvonne Gallagher led the Prayers of the Faithful.

The Offertory gifts were taken up by husband, Paddy and sons, Patrick and Gerard.