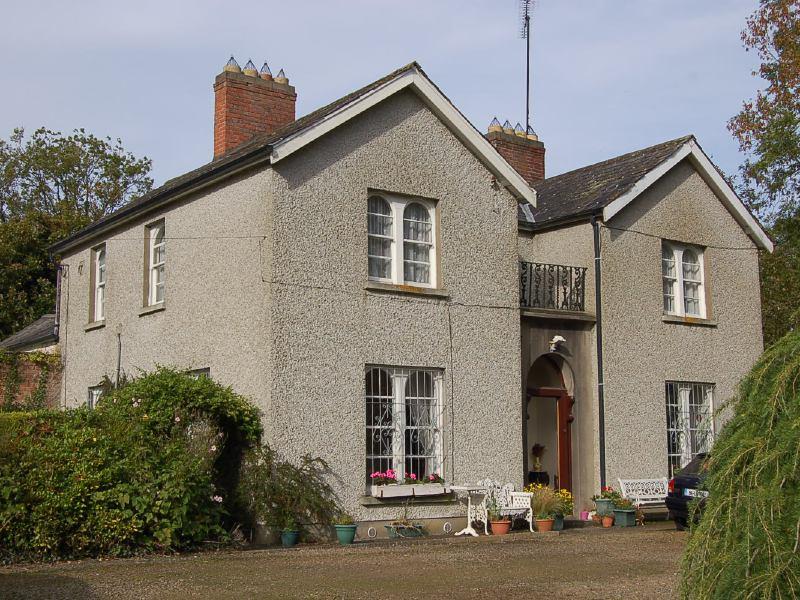 "The Manse" is a period home well located two minutes from the M1 and within 30 minutes of Dublin airport, with the village of Castlebellingham less than a two minute stroll away.

Set just outside the village and surrounded by mature trees and gardens the property is accessed via a gravel drive.

In need of upgrading, the 3 bedroom, detached property, dating to the early 19th century, has period features and is laid out over two stories with generous living and entertaining space and is full of potential.

The property also benefits from an enclosed cobbled yard with a number of stone out-buildings.

The castle of Castlebellingham itself has served as one of the ancestral homes for Bellinghams since the 17th century. It was purchased and built somewhere around 1660 by a Henry Bellingham who was a cornet in the Army during the Civil war. He purchased the lands of Gernonstowne, Louth, from a fellow soldier who had been granted them in lieu of arrears of pay. The purchase was confirmed by King Charles II.

Over time Castlebellingham became known as an important gathering point in the county. Fairs were held there every year. A church was constructed next door to the castle and graveyard with a family vault was built.

The Bellinghams became one of the most powerful and influential family in the county.

For over a hundred years a Bellingham held the seat in Parliament for county Louth. The last Bellingham to live there was Brigadier General Sir Edward Bellingham, born in 1879, who was the last Lord Lieutenant of Louth in 1921, and Guardian of the Rolls (Custos Rotulorum).

For Sale by Public Auction on Tuesday 15th November at 3pm in the Crowne Plaza Hotel.