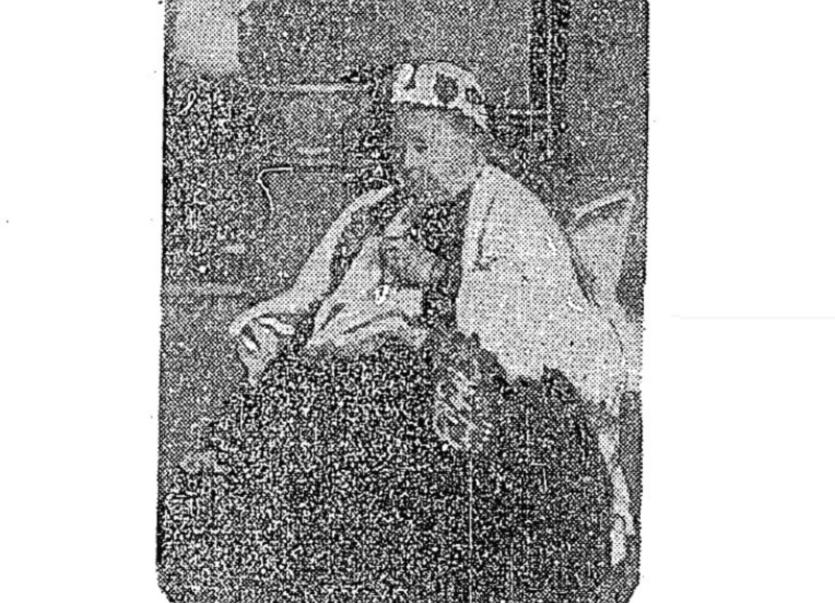 Longevity in humans, animals and, indeed, in all living things has always been a subject of great interest to people all over the world, perhaps because mortality is a very personal matter to everybody.

Centenaries are always great celebrities, if it is only for the special greetings (and remunerations) they get from the President (or the Queen if they are British) but it was only very recently, however, that I became aware that persons who lived to reach their 110th birthday are known as Super-centenarians!

There have been plenty of claims of persons in Ireland living to an advanced old age but, up to the middle of the last century, there were very few that could be authenticated!

These days, however, there are quite a few around and I know of at least three still living in Dundalk, all of them women! Did you know, however, that there was one 'Superwoman' who died just 84 years ago, lived most of her life just outside Dundalk and, at one time in 1928, could claim to have been the oldest authenticated person living in the world?

She was the Hon. Katherine Plunket, who was born at Castlebellingham on November 22, 1820, the daughter of a young Church of Ireland curate, who was to become the 2nd Baron Plunket and Bishop of Tuam. Her grandfather, the First Baron Plunket had, at one time been Lord Chancellor of Ireland. Her mother was Louise Jane Foster, a member of one of County Louth's wealthiest families, from whom Katherine inherited Ballymascanlon House, now an hotel, and lived there for the best part of a century.

I had heard of the story as a young reporter but was only reminded of it recently when looking through old dairies left me by the late Tom McDevitte, better know as 'Barney MacCool', who had written the 'Roamer' notes for the Dundalk Democrat for many years, had himself lived to the age of almost 95 years and died in December 2005. In one of these notebooks I found a cutting from a newspaper of an article written by a Colin Johnston Robb, a well know Belfast architect who died about 40 years ago.

Describing a visit to Ballymascanlon in the 1930, Robb, who was famous for designing bridges, wrote --- 'The writer had the honour to have tea with this charming centenarian (Katherine Plunket) in 1925, she being then 104 years old. She recalled with pride the fact that she could remember sitting on the knee of the great romancer, Sir Walter Scott, when but a small girl and remembered well the night of the Big Wind, on the 6th January, 1839.

Daniel O'Connell once gave her a sovereign to buy a doll and the Duke of Wellington patted her on the head.'

After recalling other scenes described to him by Katherine (including that she had been christened Catherine but used the 'K' in her name for all of her long life), Robb concluded ---

'When the russet and fiery shades of autumn blazed the woods of Ballymascanlon House, in the cool decline of 1932, this dear old lady, a living link with the forgotten past, breathed her last, being within five weeks of the grand old age of 112 years.'

The Hon. Katherine Plunket must visited Dundalk town on many occasions during her life, to make business calls and attending many glittering social functions. I can recall myself being told by one of the directors of the Democrat company, Peadar Roe, who lived at Ravensdale in his later years, telling me that he seen her coach in Dundalk's main streets on many occasions!

Colin Robb's article about Ballymascanlon, which I believe must have been taken from a Belfast newspaper, also revealed a story about the area which I had never heard previously! In it he writes ---

'In the 18th century the Ballymascanlon Spa was well known for a cure of many disorders of the flesh.

'It was an iron, or chalybeate spring, located about a mile north of Ballymascanlon Village and, in 1720, more than one thousand persons came to be cured.

'An old gentleman was said to have reached the well in that year, after being ten years confined to bed.

'He was completely restored to health. While this Spa was a noted resort, we glean that in 1751 the well was unknown!'

By the way, the old word 'Chalybeate', used by the author, means a mineral spring containing salts of iron. I wonder do any of my readers know exactly when this spring was located or if it can been seen today?