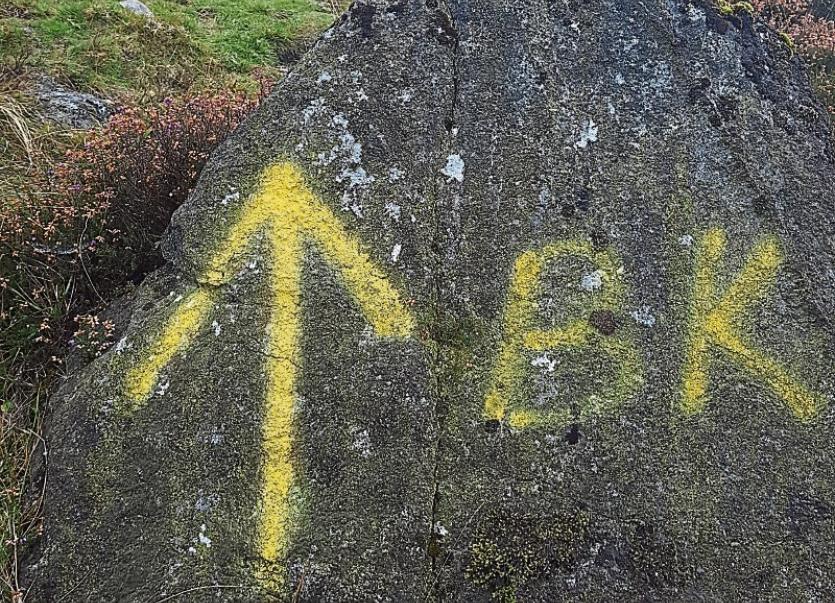 Louth IFA's Rural Development Committee chairman Matthew McGreehan has been contacted recently by a number of land owners who were not happy with organisers of events coming onto their land on the Cooley Mountains and painting arrows and figures on the rocks.

People out walking on the mountains should know or make themselves aware of the Louth Countryside Code and one of the codes is that we operate a policy of “Leave No Trace”.

“The painting of rocks or erection of flags has no place on the mountains which are mostly designated as Special Areas of Conservation.

“People who visit and use the countryside as a form of recreation should respect it and leave it as they got it, respect the land owners and their property,” Mr McGreehan said.

Matthew McGreehan said he inspected the damage and said there were arrows painted on rocks in close proximity to each other on Glenmore mountain on which he is a shareholder and there was a “smiley face” painted on rocks on a mountain which is privately owned in Corrikit Omeath.

The arrows were dotted over a track approximately two miles long.

Thanks is due to some hillwalkers who were out walking and saw who was carrying out the paint work.

They were able to identity the people who carried out the act and report it to the gardai who are investigating the matter.