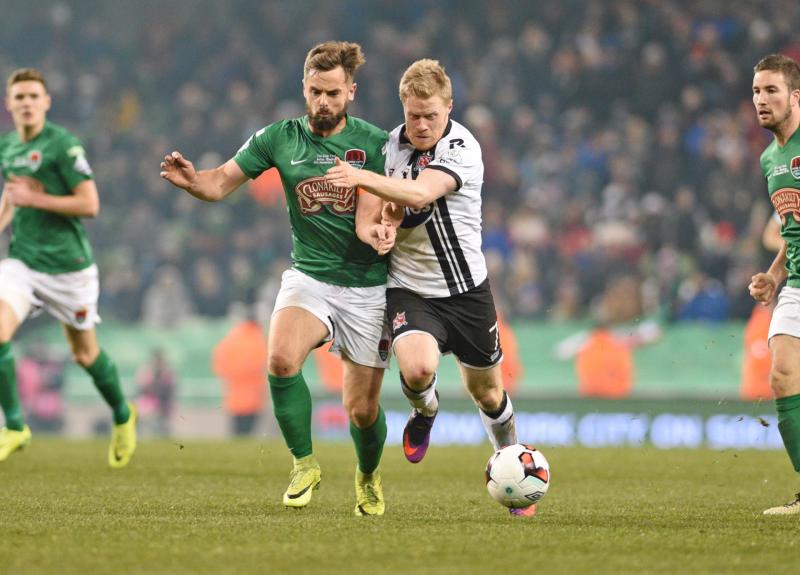 Gavin McLaughlin at The Aviva Stadium

Dundalk’s hopes of winning a double double were ended in cruel fashion at The Aviva Stadium on Sunday as Sean Maguire’s last gasp winner sent the FAI Cup back to Cork for the first time since 2007.

The League of Ireland’s two heavyweights from the past couple of seasons went toe-to-toe for 120 minutes but neither could make the breakthrough and it looked like penalty kicks would determine the outcome.

However, Maguire pounced on a Steven Beattie throw-in to divert a left footed effort towards the target with a deflection off Brian Gartland leaving Gary Rogers completely helpless to stop the ball from trickling into the net, sparking pandemonium amongst the City support, substitutes and staff.

Maguire’s goal came just three minutes after Ronan Finn went within a whisker of winning the cup for Dundalk, the man of the match almost capping a sensational display with the winning goal.