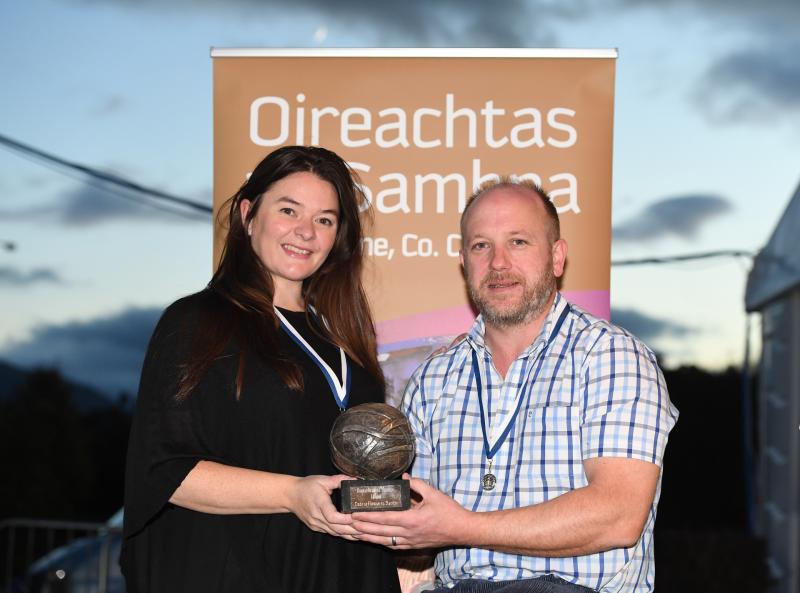 Bróna Ní Uallacháin, who is orginally from Louth, Spiddal man Páid Ó Neachtain won the first prize in the Lúibíní competition (a rhyming story through song) at the recent Oireachtas Festival in Kilarn

Bróna Ní Uallacháin, from Dundalk and her partner Páid Ó Neachtain from Spiddal won the first prize in the Lúibíní competition (a rhyming story through song) at the recent Oireachtas Festival in Killarney, Co.Kerry, 2-6th November.

The annual Oireachtas Festival  is a mecca for lovers and performers of the traditional arts and this year’s competitions again received a huge number of entrants aged from 6 years to 68. The range of competitions included storytelling, sean-nós dancing and singing, and the famous Lúibíní competition in which two people perform a rhyming story through song.

The highlights of this years festival included the newly composed piece by Peadar Ó Riada, entitled I gCuimhne Laochra (Remembering Heroes), that was commissioned by An tOireachtas as part of their 1916 commemortations.

“The creation and performance of Irish Language Drama is a very important aspect of Irish culture” says Liam Ó Maolaodha, Director of An tOireachtas.  “In this Centenary year when we think of the effect that play writes such as Lady Gregory, Yeats and O Casey had on this country, it is vital that we keep this dramatic torch burning brightly, as a way of exploring, expressing and entertaining ourselves.”