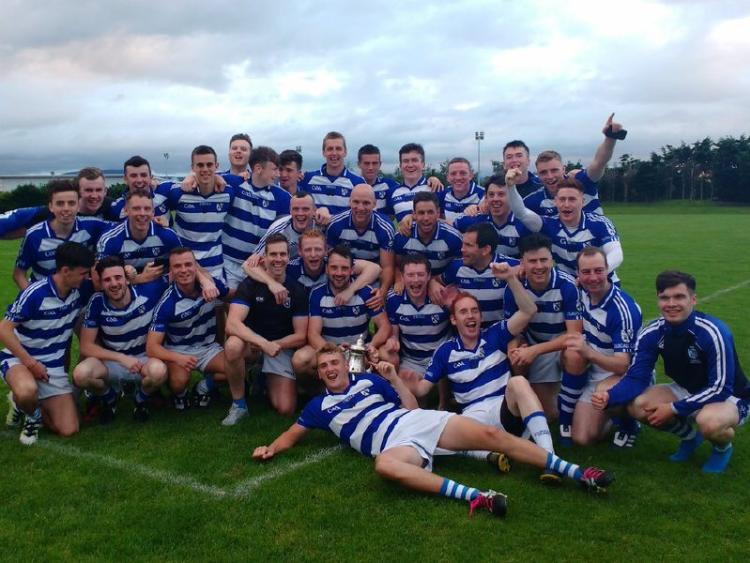 In this new series we speak to the people who make local club's and societies tick. This week we talk to 'A Gaelsman' of local GAA outfit Dundalk Gaels.

Firstly, how are things around the club at the end of the season?

Very good. We are due to hold our annual meeting shortly, and we will be reviewing all aspects of the year. We fielded in all grades at underage and adult levels, and we had a number of social and fundraising activities. Our astro pitch and lotto continue to be our main sources of income.

Winning Division 2 along with a great run in Senior Championship must have been satisfying?

We recovered from a poor start in the intermediate league to finish top of the table, just pipping St Bride's and Clan na Gael for the title. That qualifies us to play in the Cardinal O'Donnell Cup next season.

We had a good run in the championship, winning our group and then qualifying for the semi-final. It was disappointing not to make the last round – had we done so we would have been the first intermediate league side to qualify. Sean O'Mahony's, who beat us in the semi-final, went on to take the title.

Overall, it was a very good year for our premier team, who had Malachy O'Rourke as manager for the first time.

Our two junior sides completed their programmes, and the minors were very unlucky not to make the knock-out stages. Trojan work continues to be done at underage.

How did you get involved with your club?

My family has been associated with club for upwards on 70 years. My brothers played before me, and it was natural that I would take the same route.

Do you have a big family connection with the club?

As I said, the connection goes back a long time. It was begun by my father, and aside from the boys playing with the club, the ladyfolk would have helped with fundraising events over the years.

Did you play for the club when you were younger, and if so do you see a difference in the type of players and style of football or how the club is run?

Time was when a defender, especially a full-back, was at a disadvantage if he wasn't 6ft-plus. And it was much the same with midfielders, who also needed to be very good in the air. It used to be a catch-and-kick game, and if a player could solo and finish with a score, he'd be worth his weight in gold. Now it's very much about athleticism - the fitter a player is the better chance of him surviving the hour or seventy minutes. A lot of the traditional skills, such as footpassing and solo-running are going out of the game, and are being replaced by hand-passing and ball retention. And is there any need to mention blanket-defending?

Clubs, including ours, continue to improve their facilities, providing good pitches and top-class dressing and meeting rooms. We have a well-stocked gym.

Our committee meetings are held each fortnight, and whereas before notification would be sent out by letter or postcard, now most communication is done by email or text. This is the preferred option for team mentors.

Why did you decide to take up an officiating role within the club especially as it’s all volunteer work?

No I, it was a matter of staying involved, and, No 2, giving something back in return for the many good days I had playing football. Volunteerism is what keeps the GAA going, and indeed makes it great. Without it, it could not survive.

How do you cope with this along with a full time job?

Coping with a full-time job is not a problem for me personally, but is for others in the club. Still, they never say no when asked to do work, or look after a team.

What is your earliest memory and the greatest success you have witnessed since you’ve been part of the club?

My earliest memory is of being taken by my father to see Gaels playing in the Dundalk Athletic Grounds. There weren't too many competition wins in those days, but more recently we've had wins in all adult grades, league and championship, and we also won the inaugural Leinster Intermediate Championship in 2003. Prior to that, in the 1980s, our underage team won the All-Ireland Feile.

Success also came in the opening of our new sand-based pitch, the astro court and our clubrooms.

What do you think is the best thing about club football?

The competiveness and the great rivalries between clubs. It is also a great outlet for those who want to get involved in sport.

Lastly, where would you like to see the club in 10 years’ time and what do you believe is a reasonable target?

I'd like to see us continuing to uphold the ideals of the GAA, provide football for children and adults and have our facilities upgraded. On the football field,

I'd like us to have least one more senior championship to our credit.