Murphy: O'Mahony's will know what to expect in Wicklow 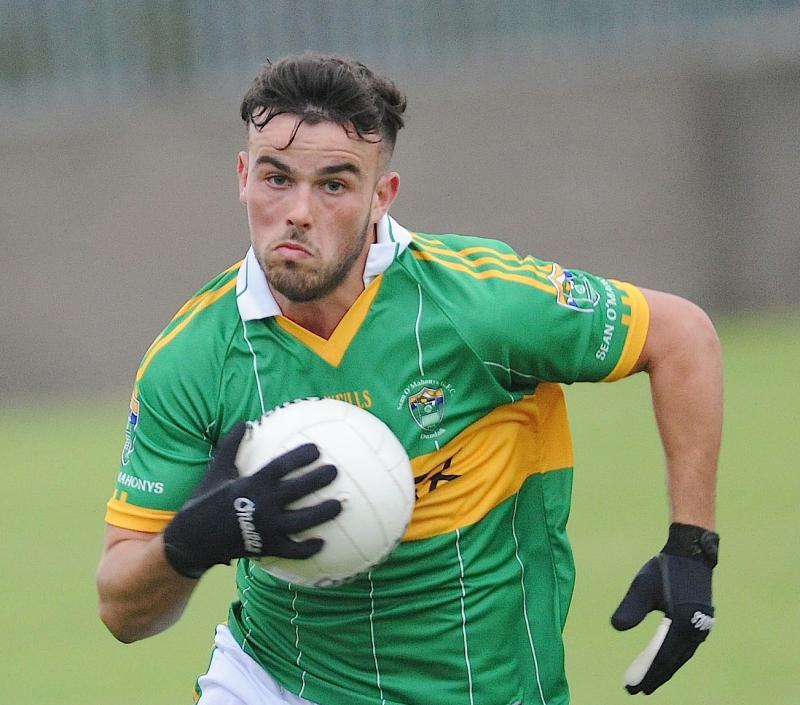 After winning the Leinster Intermediate Club Championship in 2014, Sean O’Mahonys defensive maestro Kurt Murphy is hoping that the Point Road club can benefit from that experience when they face Wicklow champions, Baltinglass, in Aughrim this Sunday.

a wee bit of experience so I think it will stand to us,” said Murphy.

“We’re just going to have to take it as it comes but we’re looking forward to it.

It’s a bigger competition and it’s actually a bigger game than the county final, so we’ll just have to take the same approach.”

Murphy said that manager Alan Craven and his selectors had compiled a scouting on the opposition and that the O’Mahony’s know what to expect.

“Yeah, we’ve done a wee bit of homework on them and we know a few key players that we have to watch.

“I’m sure they’re the same with us and they’ve had a wee look at us to see what we’re about too.

“We just have to go down there all guns blazing and try and win the game.”

Picking up the opposition’s most potent forward is Kurt’s bread and butter but he feels the Wicklow champions will provide an array of danger.

“Baltinglass have a few dangermen, there’s not just one!

“I think there’s two or three of them in the forward line and I’m not too sure who we’re picking up yet. We have to see on the day where they’re playing.”

An away trip to Aughrim is often a difficult one but Murphy doesn’t see it like that.

“It’s good to get away and travel, instead of playing in Louth all the time,” he said.

“It brings a wee bit more excitement to the game, away and that.

“Normally, Drogheda is the furthest you’re going, so the lads are looking forward to going down to Wicklow.”

The long bus trip might add to the famous ‘grand team’ morale that exists at the O’Mahony’s. I asked Kurt was the morale down to them winning or is the winning because of the morale?

“There are no heroes on the team,” he said. “I think we all know we have to dig deep and perform on the day to get a result.

“Normally, we do leave it a wee bit hard on ourselves but we usually kick through in the end. That’s just what we do.

“It’s good to have that fight because you know we’re never beaten.”

That team spirit certainly came to the fore in their Louth Senior Championship final win over St Mary’s.

“That’s it,” he agreed. “We like having a battle on our hands, in the last 10 or 15 minutes, instead of being ahead by four points. It kind of suits us to be behind more than ahead.”

As well as making progress with his club, Kurt has also set his personal ambitions on wearing the red and white of Louth next year too.

“Colin Kelly has given me, Keith and Ben McLaughlin a wee break for the Leinster Championship,” he said.

“The longer we stay in Leinster, the longer the amount of pre-season we miss so hopefully we do very well in Leinster!,” he laughed.

“On a serious note, I’m looking forward to getting back with Louth next year. This year I had a back injury which put me out for five months so I was unlucky.

“I didn’t get a good run at it, so hopefully next year goes a wee bit better. I’m looking forward to it anyway. With Division Three, it’s gonna be a bit of challenge too, but you want to be playing against better teams,” he added.

Turning his attentions back to this Sunday, Kurt said the O’Mahony’s are bullish about their chances.

“We just take it game by game but as you go on, we play every game like it’s our last.

“If we win, we go again and that’s what we’re looking to go and do. We have the team and we have the quality to beat Baltinglass.” 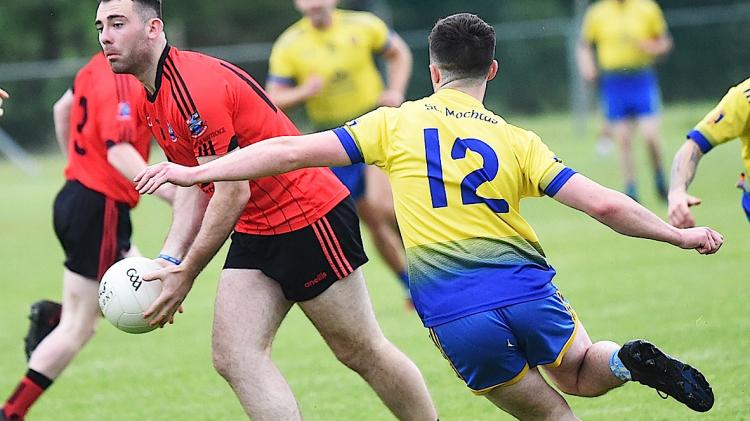