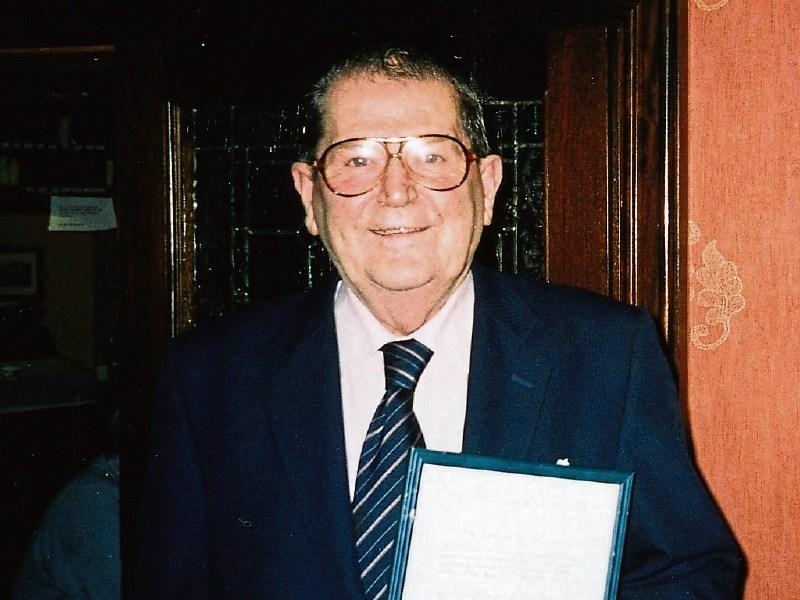 The death occurred of Joachim Kerr P.C. For Louth and Meath on Saturday 1st October 2016 in his 90th year.

Born in Bridge street Ardee Joachim attended local schools in the town, was involved in boxing and attending the family farm. During his life he became an accomplished builder, who took on many local projects. A well respected farmer he was very much at home on the land and also earned the reputation as a good businessman.

A life long supporter of Fine Gael he held many positions at branch, district and County level. A larger than life character he was a great friend and admirer of the late P.S.Donegan and was a leading influence in the election of Paddy Donegan .

He also took a major role in the future campaigns of Bernard Markey and Brendan mcGahon. Never afraid to fly the flag for the party he also campaigned in numerous by elections including the 1975 by election in Mayo that saw Enda Kenny Take his seat in the Dáil.

A tiredness fundraiser he collected staggering sums for constituency funds

In the 80s Joachim was appointed peace commissioner for Louth by the then minister and friend Jim Mitchell, a role which he took on with great enthusiasm in his quest for peace and justice.

He was also a great admirer of Alan Dukes and enjoyed his company on many occasions.

A constant at tender at meetings, Ard Fheis and conferences both near and far he also travelled to the European Parliament.

Joachim was honoured by Louth young Fine Gael in 2003 when he became life long president.

Joachim loved to travel and took many holidays travelling extensively.

In 2012 at the age of 85 a special birthday party was arranged in is honour and messages were read from an Taoiseach and Miread McGuinness MEP.

In recent times Joachim kept himself busy reading local and national news until his sight failed and attending the odd meeting and enjoying company in the monasterboice inn.

His sudden death was a shock to all who knew him

A full and extensive guard of honour was provided by his friends in the Fine Gael party from his former home in Ardee to the church in Ardee and to his final resting place.

Months mind mass has been arranged for the 1st of November in the Dominican church in Drogheda at 10 am.