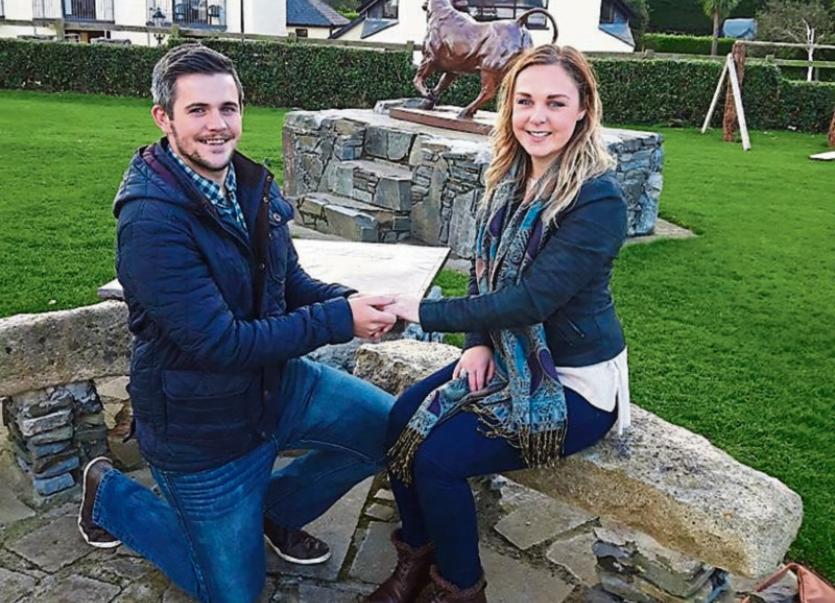 CARLINGFORD’S very own proposal stone was put to good use last week as yet another couple was betrothed at the romantic spot along the scenic Ghan Road.

Local man Kevin Wood said: “Another one said "Yes" at the Proposal Stones in Carlingford. To Patrick and Michelle from Kilkeel, Congrats. May the road rise to meet you and may the wind be always on your backs.

“There have been 23 known proposals there including a guy who had phoned me from Austria for "permission" to use the stones. The site appears to have become more popular arising from the piece by Failtle Irelands Discover Ireland Irelands Ancient East (folklore and fairies)”

Though the Proposal stone is coming into use in recent times Kevin tells is that it is a long held tradition.

“Long ago, certain rocks where lovers sat whispering sweet nothings were said to be close to fairy trees and forts. And if courting led to a proposal of marriage at one of these “proposal stones”, then the fairies would surely bring you luck and protection for the rest of your days together.

“But in the 18th and 19th centuries – to cut across these ancient beliefs – the Church moved many such stones into the shadow of religious buildings. Unsurprisingly they fell out of use.

“Now in the 21st century – with ever more elaborate proposal plans in vogue – couples are recapturing old-fashioned romance at the proposal stones down at the water’s edge at the folklore Park on Ghan Road on Carlingford Lough.

“Will the faeries watch over you and your soulmate as you tie the knot and bless you with a long and happy union? To be absolutely sure, you’d best make your intentions clear at a proposal stone...”