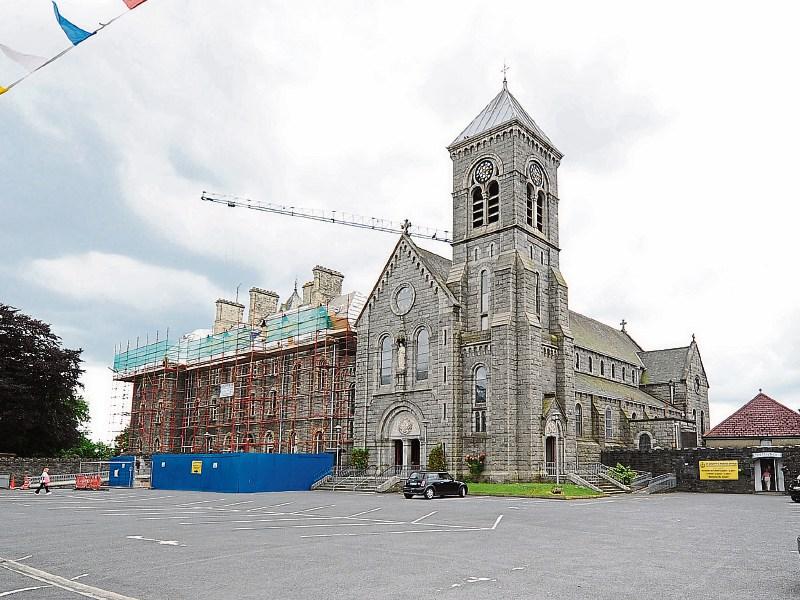 Reading the 'Talking Heads' article by David Lynch in last week's Democrat I was a little surprised to realise that a person of his generation was interested in the tradition of St. Gerard's Novena in Dundalk. He was certainly correct about one thing; this tradition was created by the people of Dundalk and, more especially, those from the Quay area of the town!

When I was an altar boy in St. Joseph's in the 1940s, during the dark days of the Wartime Emergency, there was a great attendance at the Novena to St. Gerard which had only commenced a few years earlier. The new shrine to St. Gerard in the Church had only been completed in July 1939, just before the outbreak of World War 11. The creation of the interest in the Novena at that time was credited to Father John Murray, C.Ss.R., who had preached at the first of the Novena in the previous year. In fact, there used to be a small marble plaque dedicated to him under the light that used to stand on a small island in front of the steps leading to the front door of the Church! Some confusion arose because, on July 9, 1939, the new shrine was dedicated by another Fr. Murray, the Superior General of the Redemptorists Order at the time, Patrick Murray, C.Ss.R.

This ceremony was very important to the development of the present day Novena but it had been nearly fifty years earlier that the devotion to Italian lay-brother, Gerard Majella, which is now described in Wicapedia as 'the greatest festival of faith in Ireland' was created in Dundalk. St. Gerard had been beatified on January 29. 1893 and an entry in the centenary booklet about St. Joseph's Church in 1976 states --- 'In January of the following year a triduum in honour of Blessed Gerard was preached by Fr. Hall. The enthusiasm of the people was remarkable. Despite appalling weather, continual snow and strong winds, they packed the unheated church to its limits, so much so that the procession in honour of Blessed Gerard could not take place.'

St. Gerard was canonised on December 11, 1904, and the centenary booklet goes on to state 'The people of Dundalk took Gerard Majella to their hearts --- and although devotion to him waned for a period, it never disappeared and the yearly Novena was begun in 1938.'

The first shrine of St. Gerard in the Church was blessed on August 17, 1924. Tradition from my time as an altar boy has it that this first shrine was just a picture of the saint which was placed on the wall beside the entrance to the Boys' Sacristy, where local people would come to pray of their own accord, around time the time of the saint's Feast Day on October 16. The devotion of the people of the area so impressed the Fathers living in the monastery that they decided to erect the shrine at its present location and, according to the writer in the booklet, 'The expense was largely covered through local generosity'.

In my time that picture of St. Gerard near the altar rails had been replaced by one of then Blessed Oliver Plunkett but it was not until after the Centenary that the attendance at St. Gerard's Novena really took off, due mainly, I believe, to the preaching of another Redemptorists Father who had himself served as a lay-brother. I will not name him as he is still with us but people who attend regularly St. Joseph's will known to whom I am referring.

When attending a session of St. Gerard's Novena recently I was somewhat surprised to see that all the altar servers in attendance were all girls. There may have been boys around but I did not notice any!

What a change from the time when I was an altar server in St. Joseph's! Then there were up on forty altar boys and their names were posted on little wooden sticks which slid into a board which had pegs to indicate the duties to which they had to attend over the following week.

Not that the girls are an unwelcome addition to the service in St. Joseph's but it marks a sea-change in attitudes from sixty to seventy years ago! Back then women were not allowed to entry the precincts of St. Joseph's Monastery and I recall that there used to be notices over the doors at various points which read 'Enclosure'. It did not say 'No Women permitted to Enter' but everybody knew it meant just that! Surprisingly women were allowed on to the sanctuary and even the vesting sacristies but I suppose that was because women did cleaning and other duties around the Church.

I was aware that some members of the Redemptorist Order did not entirely agree with this restriction when females visiting the Monastery were restricted to one small parlour. I was surprised, therefore, to read that one woman had been allowed to enter this Enclosure as long ago as New Years Day January 1946. This extraordinary event occurred when An Taoiseach Eamon De Valera visited the Monastery with his wife Sinéad De Valera (nee O'Flanagan).

The Superior at the time was Father Patrick Kelly, C.Ss.R., who must have been the one to grant this usual permission for the time. I am told that the reason for the visit was that the de Valeras had a cousin who was a priest attached to the Dundalk Monastery.