Kenny: My players will have to dig deep against Zenit

Lilywhites will play their seventh game in 18 days 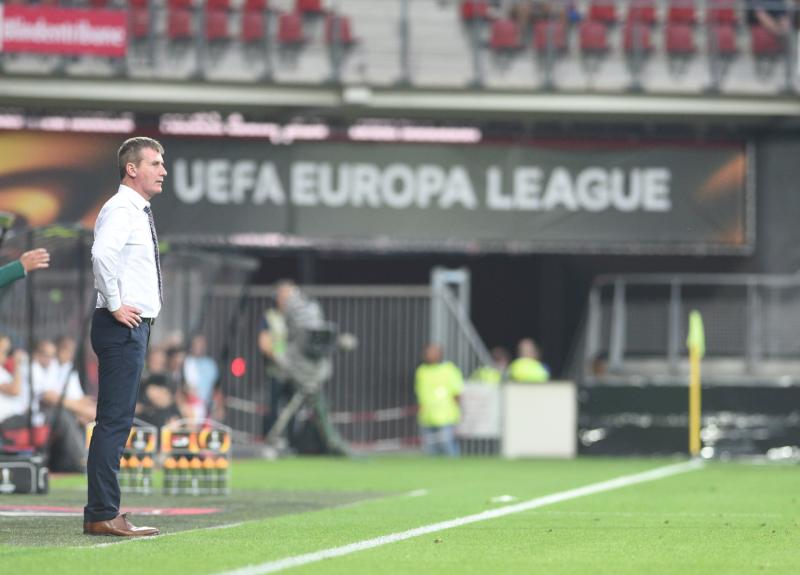 Dundalk manager Stephen Kenny says his players will have to ‘dig deep’ if they are to cause an upset against Russian giants, Zenit St Petersburg in Tallaght.

Thursday night’s game - which comes just 72 hours after The Lilywhites’ 3-0 win over Longford Town - will be Dundalk’s seventh in the space of just 18 days. In contrast, Zenit played just twice in the same period.

“We had enough about us in a lower tempo game to win against Longford but I do think we’re going to have to find the energy and dig deep into our reserves.”

Tallaght Stadium will be a sell-out for the clash of the top two in Group D and Kenny is hoping his players can rise to the occasion.

Zenith will arguably present Dundalk with the stiffest test they have ever faced in European competition.

Last year, the club owned by the billionaire chairman of Gazprom, Aleksandr Dyukov, had an annual turnover of €165 million and possess a number of internationals, such as Belgian midfielder, Axel Witsel, who scored against Ireland at Euro 2016.

The Russian outfit won the UEFA Cup in 2008 and Kenny feels they belong with Europe’s elite.

“They’ve got really good players, they’re a Champions League team really and they’ve won this competition recently. They also just turned down a €20 million bid from Juventus for Axel Witsel!

“I don’t know my team at this stage and who we have available but I do think that it’s a big ask for us. However, it’s one we’re determined to get ourselves ready for.”

Stephen O’Donnell (hamstring) and John Mountney (back) will miss out for Dundalk with Sean Gannon (calf) and Chris Shields (groin) rated doubtful.