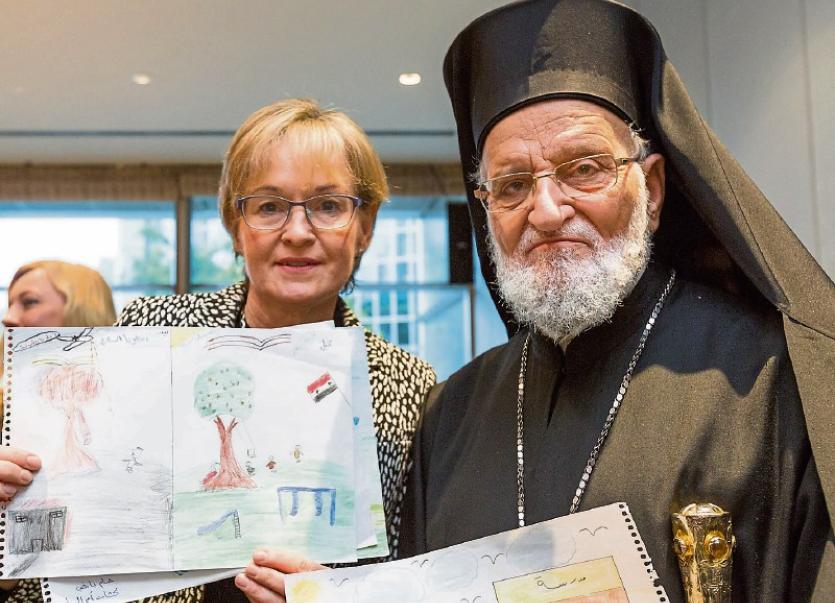 Mid-Louth native Mairead McGuinness who is the vice-president of the European Parliament, has met with patriarchs representing the three Christian churches in Syria who are calling for peace in that war-torn country.

The religious leaders brought letters and drawings from Syrian schoolchildren to the European parliament, items that call for an end to war so they can return to school safely.

"Myself and other MEPs met with the highest ranking representatives of the Christian churches in Syria,” Mairead said.

“They called on the EU to raise its voice and press the international community to speed up the process of finding a peaceful solution to the conflict.

“A total of 2.1 million Syrian children are unable to attend school

“ Many children are traumatised and are not only victims of direct acts of war, but also of abduction, torture and sexual exploitation and many have been orphaned by the conflict.

"The appeal for peace is a joint initiative involving around one million Syrian children of both Christian and Muslim faith, organised by Catholic, Orthodox, and Protestant Christians in Syria with the support of members of all other religious communities in Syria.

"The European parliament group calls on all sides to end the bloodshed in Syria and bring peace to the region so that reconciliation can begin, with the help of interreligious dialogue in the communities," said MEP Mairead McGuinness.