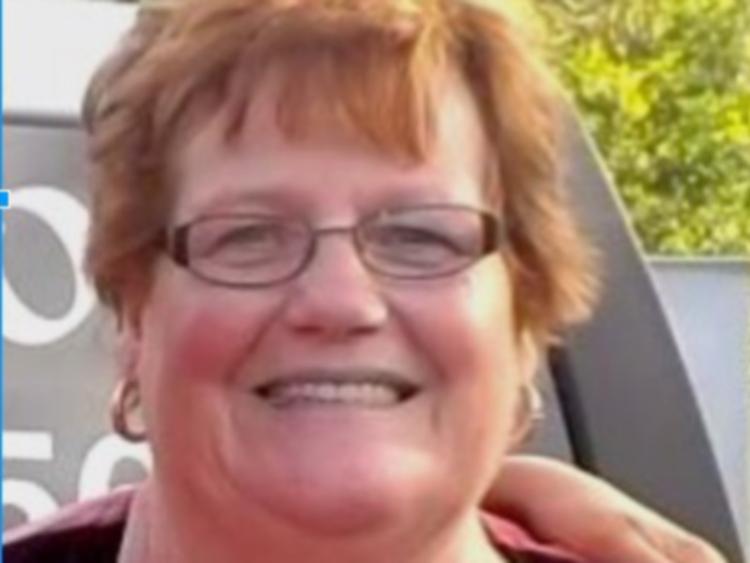 The death occurred peacefully of Mary Catherine Ann Finnegan of Station Road Castlebellingham on September 26th at Our Lady of Lourdes Hospital, Drogheda after a short illness.

She only retired from work two years ago, having been employed over 21 years in the staff canteen in Tesco, Dublin Road, and prior to that in the canteen in PJ Carroll’s cigarette and tobacco factory, a job she took up when she moved first to Dundalk.

She was well known, liked and would always greet you with a smile and a big hello. Her life revolved around her family, with a very close relationship with her husband Hugh. The couple on November 5th next would have celebrated their Golden Jubilee anniversary, 50 years of marriage over the course of which Mary like the loving wife and mother she was always put her family members before herself.

She loved nothing more than being with her family, and being with them on holidays which she enjoyed.

She was the eldest and sadly the first to pass away of the nine children of the late Mick and Phyllis Mc Glade. The family comprised her six brothers, Thomas, Michael, James, Norman, Peter and Desmond and two sisters, Phyllis and Josie.

Mary attended her local school and worked in Newry for a short time.

She left her native townland at 18, and moved to England after her marriage to husband Hugh from nearby Camlough. After returning a few years later they moved to Dundalk.

They resided in Muirhevnamor and later in the Glenwood Estate on the Dublin Road, and their two sons received their education from the Christian Brothers.

The couple then built a new home at Station Road, Castlebellingham where they resided for the last 12 years. Mary retired in June 2014, and became ill six months ago.

She reposed at her residence from Tuesday evening until Thursday morning when the removal of her remains took place to the Church of Mary Immaculate, Collon where her son Jim resides. The Funeral Mass was celebrated by Father Stephen Duffy.

Members of the family took part in the Mass with a special hymn sung for her grandmother by granddaughter Ciara, whom the deceased always loved to hear sing.

Mary’s Month’s Mind Mass is on Saturday, October 29th in the Church of Mary Immaculate, Collon at 8pm.