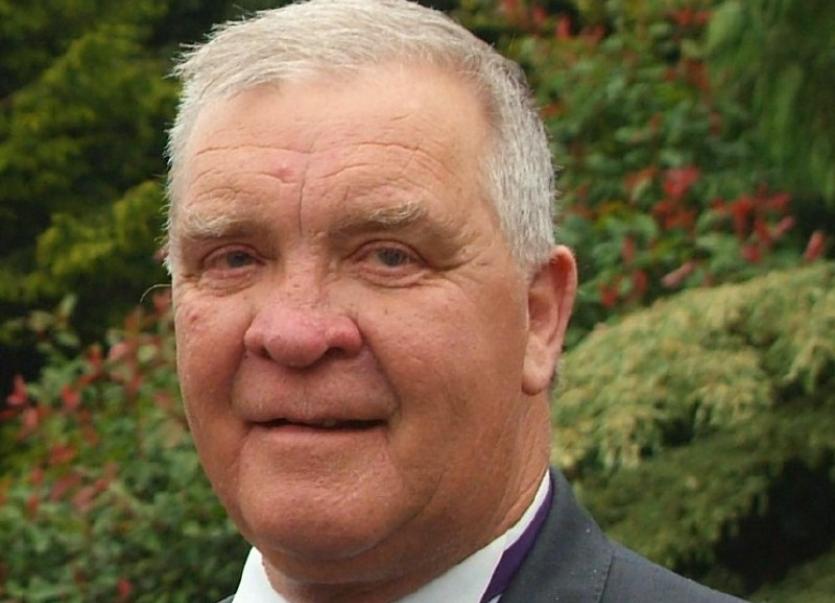 He enjoyed a long healthy life working as a farmer from which he retired two years ago.

He was a man with a great passion for farming and all things agricultural and loved vintage shows.

He was born and lived all his life in Knockbridge and entered his chosen profession from a very young age. In truth his interest was probably more in spending time on the family farm than at school.

He received his primary education in Kilkerley National School and then went to the Technical School in Chapel Street in Dundalk, but ceased his formal education like most in those days in his early teens.

Oliver was well known in the Dundalk area through delivering buttermilk, milk and cream to local restaurants and bakeries from 1995 till his retirement in 2014, such as the Windsor and Home Bakery. He worked for Cuchulainn Dairies Ltd ( Caroline Dunne) in Knockbridge who was a close family friend.

The family farm in Dunbin was devoted to tillage and beef enterprise. Oliver took it over in the early 70’s when his brother Patrick (Patsy) bought his own farm in Dromiskin.

He learned much from his brother Patsy with regard to farming and the two were virtually inseparably until Patsy’s death in 1999 when Ollie took over the running of both farms until his retirement in 2014.

Even then he remained somewhat active in farming, rising at 7.00am winter or summer to supervise his sons managing the farm.

His big hobby was vintage shows, which were his main social outlet.

He annually attended the Moynalty Steam Threshing Festival, and loved going to the Cooley Vintage Show and Knockbridge Vintage day.

His last such outing was to the Dundalk Horticultural show in Bellurgan Park during the summer.

He was a life long pioneer and very proud to receive a gold pin to represent his 50 years a pioneer two years ago having previously been presented with a silver medal representing 25 years from the Pioneer Association in Kilkerley.

He was the sort who, according to friends, didn’t need a drink to have a good time and could chat and talk to anybody about anything.

He was easy going and always made time to stop and have a chat with anybody he met on the road, no matter what time of the day.

He will be sadly missed by friends and neighbours for this very reason.

He loved to dance and the Saturday night social outings to the Lisdoo Arms and Malthouse in Dundalk with his wife, Loreto.

They were frequently visited together with any other venue in the Dundalk area where there was music and dancing. One of his last social outings was to the Lisdoo Arms to see the talented band “The Indians”.

In his younger days of travelling the length and breadth of the county to dances in the Pavillion, Blackrock, the Adelphi in Dundalk and the Ballymascanlon Hotel he met his wife Loreto (nee Reynolds) in 1977 on the day of the All-Ireland football final between Armagh and Dublin.

Loreto hailed from the Marsh Road, Bellurgan and the couple married four years later and set up home in Knockbridge. Two sons Donal and Kenneth were born from their marriage.

His passing is deeply regretted by his wife, sons, daughter-in-law, Amanda Stewart McClean and Kenneth’s girl friend Emer Keogh, brother, Tommy (Dublin), sister-in-laws, brother in laws, nephews, nieces, relatives and friends. Oliver was the youngest of four children and he was predeceased by his brother Patsy, Dromiskin, and sister Rosanne, Knockbridge.

After reposing at his home from Tuesday evening, Oliver was taken on Thursday morning to the Church of the Immaculate Conception, Kilkerley where Father Gerard Campbell PP celebrated Mass and gave the eulogy.

The Readings were given by his nieces Marie and Rose McClean, while the Prayers of the Faithful were led by his daughter in law Amanda Stewart McClean and Emer Keogh.

The Offertory gifts were presented by his sons, Donal and Kenneth. Donal shared a reflection after Holy Communion fitting to the character of Oliver as a farmer, loving husband to Loreto and devoted father to his two sons.

Music was provided by the Kilkerley Church choir and organists Fidelma Bellew and Susan Mulholland.

Oliver was afterwards laid to rest in the adjoining cemetery.