Tommy enjoyed a great career with Knockbridge side St Bride's 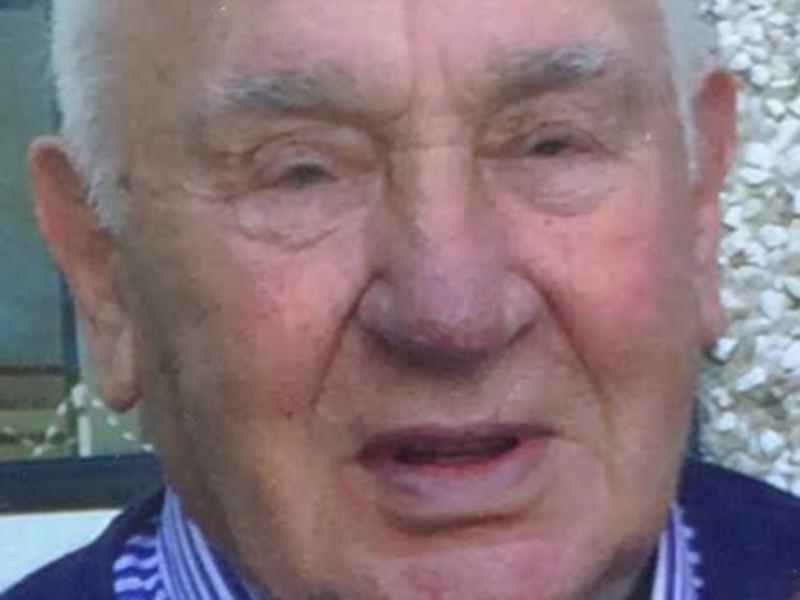 Tommy Byrne, who died on 6 September, was the last surviving of the Byrne brothers, who were synonymous with St. Bride’s GFC in Knockbridge.

He enjoyed a successful playing career with the club, and after his footballing days ended, he established a successful business, Byrne Monumental Works, Crossmaglen.

Tommy passed away peacefully after a relatively short illness, surrounded by his loving wife and family. He had been diagnosed six months ago, and remained active, driving up to four-and-a-half months ago.

Aged 90, at the time of his death, he resided at 95 Ard Ross, Crossmaglen.

He was the third eldest in a family of eight, born on 21 July, 1926, to Pat and Bridgie Byrne, Knockbridge.

Tommy attended Knockbridge National School, and upon leaving school, served his time as a welder on the railway in Dundalk, where he was to remain for over 20 years.

Tommy married Rosemarie (nee Harvey) on 6 June, 1956, and set up home in Crossmaglen, where they raised their six children, Peter, Geraldine, Mary, Roisin, Valerie and Thomas.

In 1967, he ceased his job as a welder and began working in the headstone trade, starting up his own company, Byrne Monumental Works, which today is in the fourth generation of the family.

While raising a young family, to whom he was devoted, Tommy worked hard at steadily building up the business.

He was always careful to employ local men in busy times, and led by example, showing the value of hard work, good judgement and integrity.

He also appreciated good humour and laughter, and sharing happy times, thereby gaining the respect of his peers, and love of his family.

Indeed, these gifts will forever be treasured and continued by his family and friends, as Tommy always saw the best in people, and gave the best he had.

He was one of six brothers, and as a player with St. Bride’s, won a Louth Junior Championship medal in 1949 when the Bride’s beat Kilkerley Emmets in the final. The same year, they finished runners-up in the Macardle Cup.

He was later on the team which reached successive junior finals, losing to Newtown Blues in 1958 and Hunterstown Rovers 12 months later.

Tommy loved playing for the Bride’s, and he remained a keen follower of the club, and also of Crossmaglen Rangers.

Sociable and outgoing, he was a friend to all, and enjoyed the craic. He enjoyed too a game of cards, horse racing and a pint or two.

Upon retiring, he was able to spend more time with his family, and loved tending to his garden and flowers.

His family believes this passage, ‘A Successful Man’ (author unknown) sums up Tommy.

That man is a success –

Who has lived well, laughed often and loved much;

Who has gained the respect of men and the love of children;

Who has filled his niche and accomplished his task;

Who leaves the world better than he found it;

Who never lacked appreciation of earth’s beauty or failed to express it;

Who looked for the best in others and gave the best he had.

He was predeceased by his brothers, Paddy, Michael, Peter, Jim and Joe.

Fr. King, a native of Knockbridge, officiated at the funeral which took place in St. Patrick’s Church, Crossmaglen, and again at the burial in the adjoining cemetery, where many of the headstones were provided by Byrne Monumental Works.

Readings at the Mass were given by Tommy’s son, Peter and grandson, Darren.

Prayers of the Faithful were led by grandchildren, Ronan, Donna, Niall and Linda; and great-grandchild, Kayleigh.

The bread and wine were brought to the altar by daughters-in-law, Gena and Sinead.

Tommy’s grandchildren participated in the offertory of gifts. Christopher brought up a hammer and chisel, Stephen, a St. Bride’s jersey; Lauren, a family photo and Nicole took up a plant.

Music was provided by Martin McAllister and Dearbhla; while Tommy’s great-grandchild, Alyssa sang a very emotional ‘Dancing In the Sky’.