Horgan and O'Donnell nominated for PFAI Player of the Year award

Six Dundalk players in PFAI Team of the Year 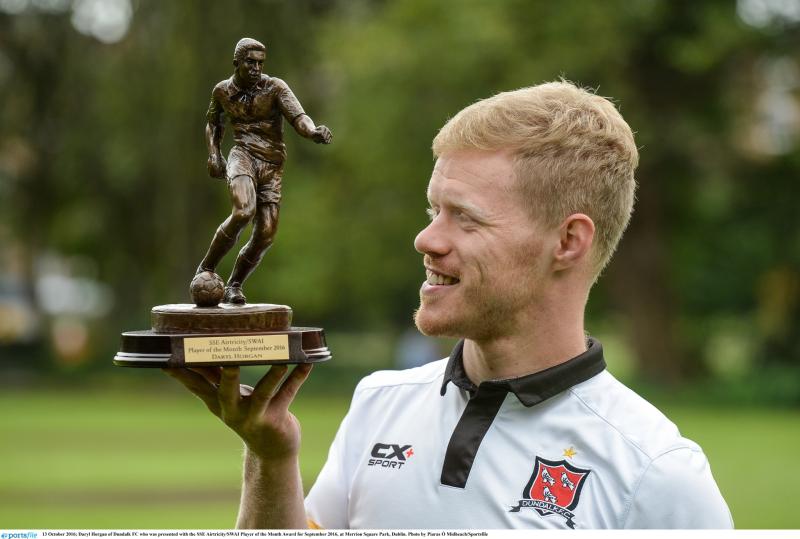 Daryl Horgan pictured with his SWAI Player of the Month for September.

Dundalk captain, Stephen O’Donnell, and winger, Daryl Horgan, have both been nominated for this year’s PFAI Player of the Year award.

The four man shortlist, which also features Cork City duo, Greg Bolger and Sean Maguire, was announced on Tuesday ahead of the award ceremony on October 29.

Richie Towell became the first Dundalk player to win the award when he picked it in 2015. Horgan won the PFAI Young Player of the Year gong 12 months earlier.

Dundalk and Cork City players also make up 10 of the 11 positions in the PFAI Premier Division Team of the Year with Horgan and O’Donnell joined by fellow Lilywhites, Andy Boyle, Sean Gannon, Patrick McEleney and David McMillan.

The awards take place at the Marker Hotel, Dublin on Saturday, October 29 at 7pm.