Budget did not look at Brexit threat to Louth 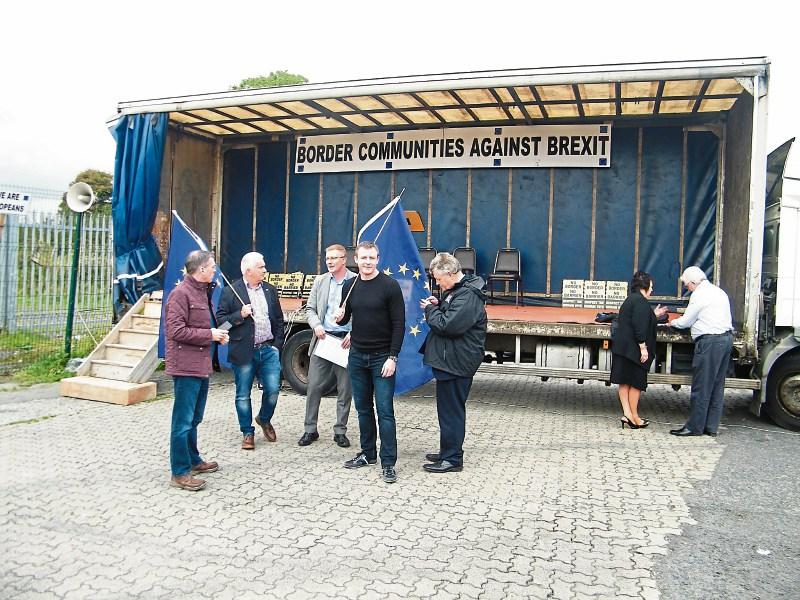 Dundalk Chamber of Commerce welcomed the general features of the Budget and in particular the retention of the nine per cent VAT rate. The chamber also noted the favourable changes in CAT,(Gift and Inheritance ); CGT (Capital Gains) and farming tax. The changes in capital allowances were welcomed.

However the chamber’s budget submission had asked for targeted relief to the border regions, particularly with Brexit coming down the line.

“For 16 years we have asked that Dundalk be included in the inner city tax incentives and despite our deprivation ranking we are still not included,” said Paddy Malone Dundalk Chamber.

“Brexit is the greatest threat that Ireland has faced in decades. The border region is even more exposed in this area and we had asked that central government would support the county councils to reduce rates.

“We also would have liked to have seen a minister given special responsibility for Brexit.

“We are glad to see that the sugar tax will be implemented along with UK plans rather than a go alone that would have led to smuggling.”

Fianna Fáil Deputy Declan Breathnach has expressed his dismay at the lack of funding provided in the Budget to deal with the fallout from Brexit.

“The Government have announced the establishment of a Brexit team in the Department of Foreign Affairs and Trade, within existing budget and staffing envelopes. This is a totally inadequate response,” Deputy Breathnach said.

“Minister Noonan has on the one hand acknowledged the potential stormy waters we as a country face regarding Brexit. However he has not provided any extra funding to the Department of Foreign Affairs in this regard.

“It is beyond belief that the minister regards Brexit as hugely significant, but won’t provide the resources to ensure we can negotiate from the best position possible.”

“Many other European countries with less to lose because of Brexit have invested to make sure they have the appropriate systems in place. We cannot afford to be ill prepared, Brexit cannot be an afterthought.

“I know that the government are saying that they have made allocations across key Government Departments for 2017 to provide the resources required to deliver Ireland’s Brexit ready strategy, however, not providing funding to the Department of Foreign Affairs and the new Brexit team is incomprehensible.

“Fianna Fáil will not be ill prepared, that is why we are holding a national Brexit conference on Saturday 12 November in the Carrickdale Hotel, Dundalk.”

Fine Gael Deputy Peter Fitzpatrick said the Budget will strengthen the economy for Brexit, which is particularly important for border counties.

“As people and businesses in border counties will know Brexit represents a serious challenge to the Irish economy still recovering from recession, due to our deep trade links with both the UK and the EU,” Deputy Fitzpatrick said.

“Minister Noonan used the opportunity of his budget speech to communicate a clear message. We want to see preservation of the common travel area, and by extension the common labour market. And crucially, we want to avoid any moves towards a hard border with Northern Ireland.

“Budget 2017 responds robustly to the challenges presented by Brexit. It will the economy in the lead up to the UK leaving the EU.”