Derelict houses in Doolargy get refurbished 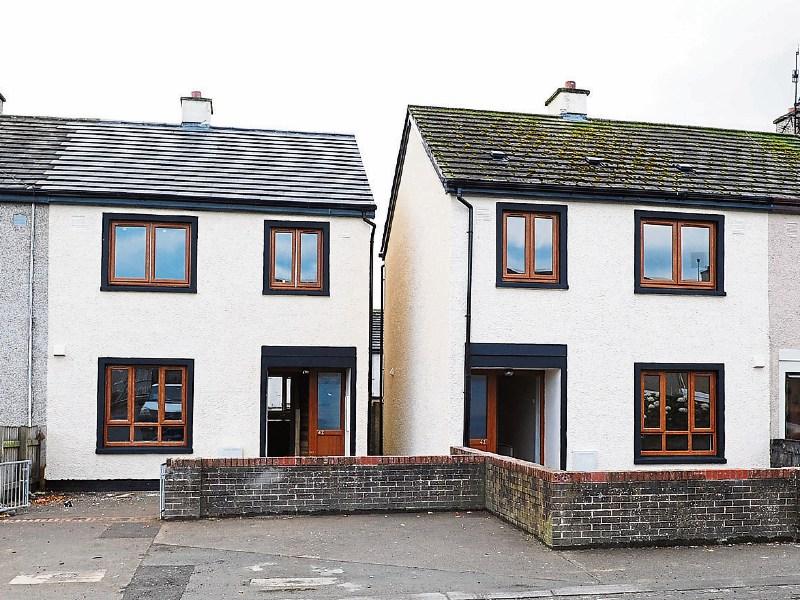 One of the houses had been set on fire and destroyed but it had not been properly sealed off and had become an open dumping ground.

Sinn Fein councillor Kevin Meenan campaigned to have the property listed under the derelict sites act.

The roof was in a serious and dangerous condition. The place had become a dumping ground, a health risk and an eyesore.

There was rubbish and faeces all over the garden and part of the roof had collapsed.

Neighbours had mice coming into their houses and in the summer they couldn’t open their doors because of the smell.

The local authority bought the house and a technical survey was carried out so that documents could be drawn up for a major renovation on the house.

Neighbours were also concerned about their children going near the site because they said it was being frequented by drug users.

“The rubbish and faeces is all over the garden at the back and there is more at the front,” one neighbour said at the time.

“Part of the roof collapsed the other day. There are still tiles there on the roof. It is so dangerous and with children around we are just afraid of might happen.”

This week, Cllr Meenan said the refurbishment of the houses has restored a lot of confidence with people living at Doolargy Avenue.

“People are showing an interest in houses in the area now,” he said.

“The mood has changed in the area.

“Nobody wants to have that kind of eyesore around.

“This helps the people of the area a great deal, people who are working with the various agencies to improve the quality of life for themselves and their families.”