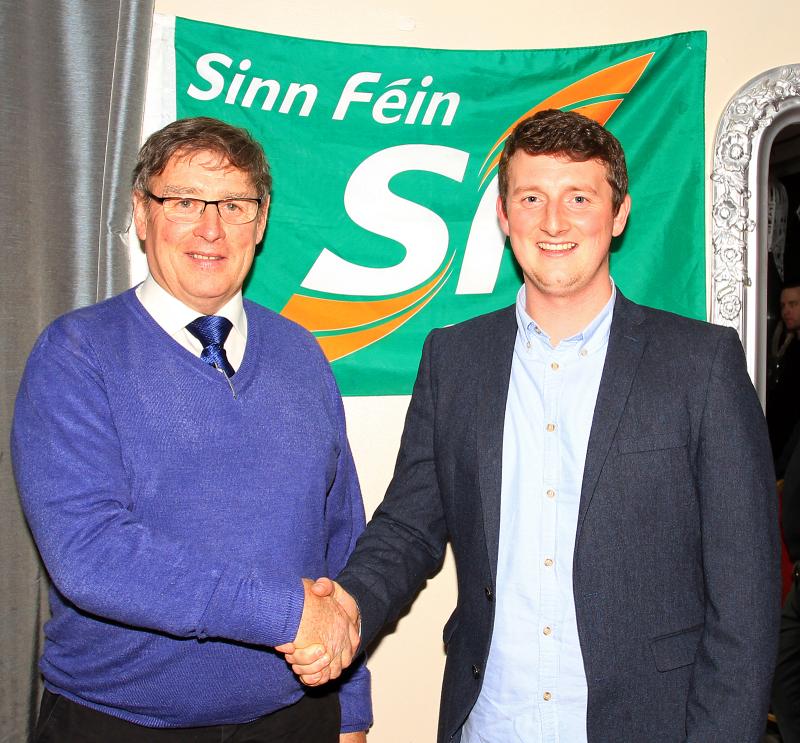 Sinn Féin have announced the retirement of Councillor Jim Loughran who represents the Dundalk Carlingford area. Jim has been a serving councillor since 2004.

Following a party convention on Wednesday evening (12th October) it was decided that Antóin Watters from the area would be co-opted to replace the popular Loughran.

Antóin Watters is 27 years old, he was born in Armagh but moved to the Cooley Peninsula in 1998. He married Fionnghula in July and they live in the townland of Lugbriscan.

Antóin attended Rathcor National School, Bush Post Primary School and then went on to receive an Honours Degree in Building Surveying from the DKIT. He plays senior football with his local GAA team the Cooley Kickhams and is also on the committee.

Antóin joined Sinn Féin when he was just 18 and immediately became an activist in the local Campbell/Donnelly Sinn Féin Cumann based in Cooley.  Watters said “I wanted to play my part in bringing about a better Ireland, to make life better for those who were struggling, to build a country that people would be proud to call home instead of opting to emigrate. Being an activist in the party allowed me to do that, to make a difference and working closely with Jim Loughran over the years he taught me that local issues can make a person’s life easier, and that’s as important as the bigger picture.”

Antóin will continue his activist work on local issues. Currently his immediate priorities are speed limits and traffic calming measures around our schools.  He has also been very vocal in his opposition to Brexit. “As an Assistant Manager at O’Connor Roofing Supplies which is based in Lordship, we are going to be hit very badly if Brexit goes ahead. A big percentage of our trade would come from the north and we can already see a change because of the sterling/Euro rate, imagine what it’s going to be like when the border is erected and custom’s posts are once again in place. Brexit will devastate the border areas and I will continue to support the Border Areas Against Brexit campaign.”

Sinn Féin are the largest party in Louth with 10 councillors and 2 TDs. Antóin said “we are constantly growing in the Peninsula and throughout the county and I want to help continue this.”

Antóin Watters will be co-opted at the November Council meeting.