Oliver was a well known publican in Louth Village 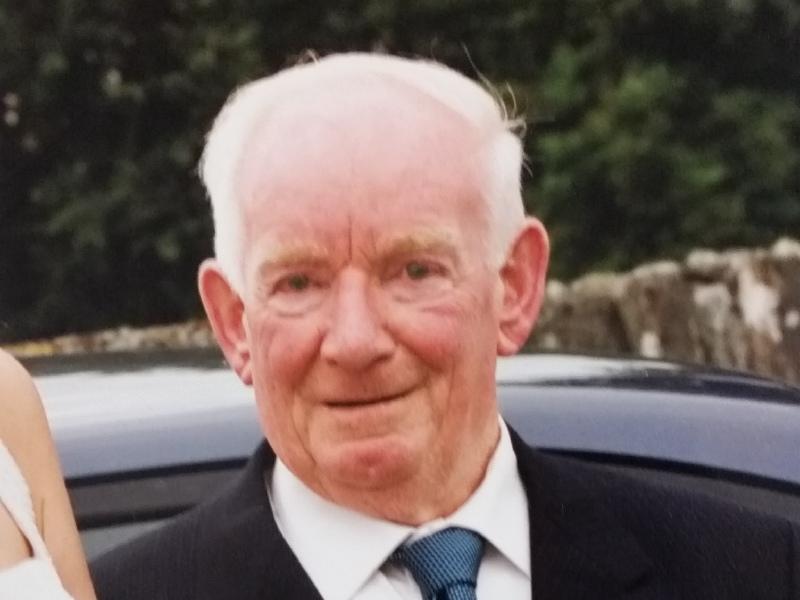 Oliver Neary of Main Street Louth Village who died on September 3 last at Our Lady of Lourdes Hospital, Drogheda was a former well known publican who introduced the first singing lounge in Louth.

He worked for a considerable part of his life abroad, but always kept his ties with home. He emigrated first to Canada where he spent many years employed by Mc Namara Construction in the mining industry in Toronto and Vancouver but every winter returned home to family and friends.

He came back to Ireland in the early 60s and married local lady Betty McGee. They had three sons Pat, David and Paul (who died in infancy in 1965). They bought a pub in his native village. He ran a very successful business for years and was the first to bring the singing lounge to the Wee County to which people travelled from near and far and featured many successful bands.

His flair for business saw him start up a local coal delivery service which he ran again for years in the course of which he made many friends and loved and enjoyed many a cup of tea the craic and a chat in many households. He moved abroad again in the 1970s and for a period worked for London transport.

He returned home for good, setting up residence in the Main Street in Louth Village. He restarted his coal delivery business and also embarked on a new venture, opening up a youth arcade, complete with pool tables in the early 80s.

Born in Summerhill in his native village, his parents died when he was very young and his aunt and uncle the late Paddy and Christina (Minnie) Neary brought up and cared for Oliver. He went to school in the village in the old Flagabog national school after which he went to work with local farmers.

He was a talented runner, competing successfully at cross country, winning many novice and junior medals and represented Louth. He was a member of the Mountpleasant club to the north of Dundalk and his only means of getting there was by Shanks Mare. He would run from his home to the club, take part in races, and run back again.

He was interested in other sport, and supported his local GAA club Saint Mochtas whose games he attended.

He took ill in 2003 and enjoyed the Monday Club for senior citizens in the local community centre, where refreshments were served and there was an opportunity for a chat with his contemporaries.

He also attended Saint Oliver’s Day Care Centre in Dundalk where he took a keen interest in painting. Oliver was restricted on his right side and took up painting with his left hand. He received many prizes and awards for his art work which was displayed annually at the centre.

Oliver really loved and enjoyed a new found youth when his only grandson Ciaran was born in 2008, spending much loved day to day interaction at their home which they shared.

He passed away suddenly but peacefully. He was greatly loved and is sadly missed by wife, Betty, sons, Pat and David, grandson Ciaran, daughters in law, Lorna and Carol, along with other close members of his family, Tom and Carmel Neary, Tallanstown, Padraig and Maureen Neary, Christianstown, Readypenny, Nicholas and Marian Neary, Louth Village and Brenda Garret, Kilcroney, nephews, nieces, relatives and friends.

After reposing at McGeough’s Funeral Home, Dundalk on Monday, September 5, Oliver’s funeral Mass was celebrated by Father Sean McArdle PP the following morning in the local Church of the Immaculate Conception. Burial followed in the adjoining cemetery.

Oliver’s family would like to thank Rosemary at McGeough’s Funeral Undertakers and Eddie Murphy, Louth Village;, also all the homecare staff Linda Halpenny, Tina Hackett and Anne Mc Ardle who cared for Oliver for all their help, as well as relatives and friends

Oliver’s Month's Mind Mass was on Saturday, 8th October in The Church of the Immaculate Conception, Louth.