Eileen had a quiet but loving way about her 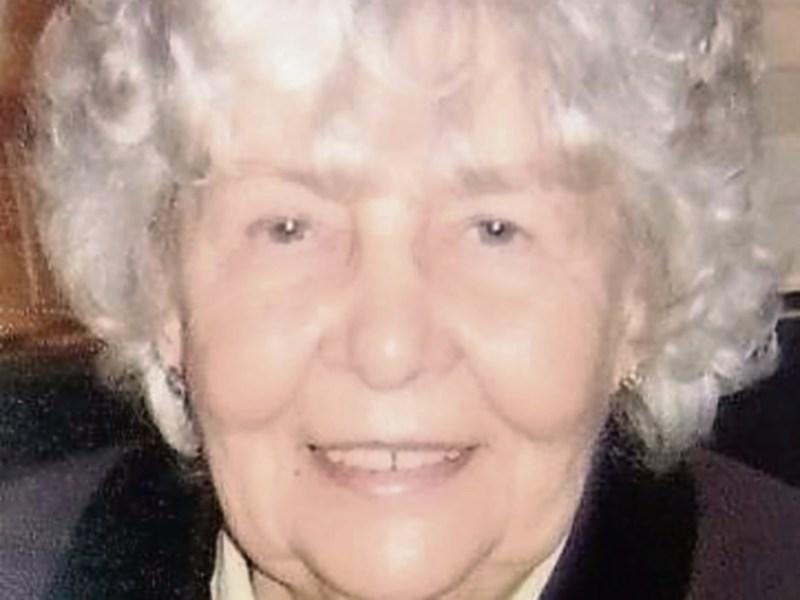 Eileen Clarke Patrick Street who died peacefully aged 82 at Our Lady of Lourdes Hospital on September 5 was the first of a family of 14 to pass away. She was a quiet lady who paradoxically had a bubbly personality and worked in two of the town’s former foremost industries.

She was the eldest of eight daughters and six sons of the late Michael and Ellen Laverty.

The family home was in Patrick Street Dundalk where Eileen moved back to live later in her married life.

She was educated at the Castletown Girls School and went to work early in her life. She obtained employment not much more than a stone’s throw from her home in PJ Carrolls in Church Street, the cigarette and cigar manufacturers. She worked in the cigar department.

She married William (Willie) Clarke in 1958.William hailed from Hyde Park and worked in the local shoe industry with Hallidays and later with the Board of Works (BFW) based at the Army Barracks.

The couple went to live in Quay Street, and subsequently moved down the road to the Mountainview estate on the Point Road.

The couple had three children, sons, Liam and Anthony and daughter, Mary.

Eileen ceased working for a time after her marriage.

She resumed work in 1968 in the Ecco electronics factory, another of the town’s biggest and staple industries before also like Carrolls closing down in the relatively recent past.

She continued to work on there until after husband’s death when she retired at the age of 50.

She took up ballroom dancing with friends, who sadly have since passed away.

She loved the hobby which brought her to various venues in Louth and surrounding counties and across the country to the west.

She was a voracious reader who had a great love for the Mills and Boon romance and fiction novels.

It was rare that she hadn’t one in her hand.

Some years ago she enjoyed indoor bowls which she played with friends in the former AOH hall in Jocelyn Street, and taking exercise walking along the scenic Navvy Bank when living nearby.

She was reserved by nature who kept to herself and provided wise and solid counsel knowing right from wrong.

But she delighted in people calling to her home, and enjoyed telling jokes but her faltering way of doing so was the funny part.

Her health deteriorated in the last couple of years and it took a turn for the worst in September last year, and she spent time in three different hospitals.

She was allowed home a week before Christmas and all thought she was on the mend only to suffer a relapse a number of weeks ago. Still she felt fit to attend her grandson’s 21st birthday on August 20 but took ill the following morning.

She is sadly missed by her two sons, Liam and his partner Pauline, Anthony (Thailand) and his wife Aun, daughter, Mary, grandchildren Adam and Shane. She is also survived by her brothers and sisters, brothers-in-law, sisters-in-law, nephews, nieces, cousins, extended family, relatives, neighbours and friends.

She reposed at her home on the Wednesday, and was removed the next day to Saint Nicholas' Church.

Family members took part in the Mass which was followed by burial in Saint Patrick's Cemetery Dundalk.

Month’s Mind Mass is on Sunday, October 2 at 12 noon in Saint Nicholas Church.