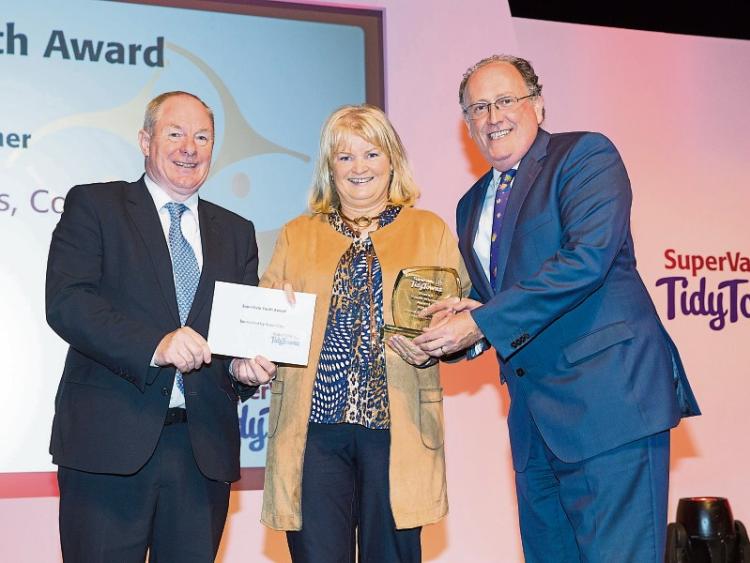 We may be the smallest county, but we’re the biggest in the country when it comes to collecting gold medals in the national Tidy Towns finals.

And as well as collecting four gold medals, we have two bronze medals, won by Ardee and Knockbridge, and two national titles, won by Dromiskin and Blackrock.

The awards for Dromiskin and Blackrock are a magnificent achievement as there were a total of 859 entries in the national finals this year.

“This is just magnificent,” said Liam Reilly, secretary Dromiskin Tidy Towns. “It’s our greatest ever achievement and we are absolutely thrilled. It’s the culmination of years of hard work, by the school, and by the people of the parish. A national recognition and a testimony to the dedication and team effort of all involved.

“A great accolade for the parish coming in the same week as St Joseph’s winning the county Intermediate title. A great week for the Joe’s and all of Dromiskin.”

“Ten additional marks was a wonderful accolade and testament to the outstanding work being carried out in the community,” said Pat.

“We were particularly delighted with the National Youth Award which acknowledged the strong collaboration between the school and our local Tidy Towns group.

“This was evident in our Eco Tribes projects, the Global Citizenship Green Flags, our Walk to School campaigns and the National Spring Clean initiative where parents, children, family, neighbours and Tidy Towns volunteers came together to stunning effect. St. Peter's NS was delighted to play its part.

“We would also like to acknowledge the achievements of towns and villages throughout county Louth at this year's awards,” he said.

“Blackrock won this ward two years ago,” said Larry. “It recognises what we have done on energy usage, transport, water conservation.

“Blackrock won it on an amalgamation of these and has been building a national reputation on its development of environmental management.”

Blackrock and Haggardstown schools as well as the whole community have played their part in this great achievement.

For Dundalk, it was another magnificent performance.

“Nine gold medals in a row,” said Willie Duffy, “that’s some achievement. “It’s a fabulous performance. And it’s not just the committee. Credit is due to the people of Dundalk. There are 97 resident groups affiliated to the Tidy Towns group and the judges recognised the great work of these groups. The credit goes to them. The judges noted how clean and ity the town centre and main streets are and how The Square has matured.

“They also mentioned the flower arrangements in the town and the great contribution by the business sector.

“To increase your marks by three is a great achievement. The report is very unbiased. The judges were critical of the approach roads. They were critical of the litter thrown into the grass along the Riverside Walk. This grass has been deliberately left long for environmental reasons and a litter bin has been put there, but it is still being littered.”

“It was a wonderful achievement for Dundalk and the whole county. Blackrock and Tallanstown got their gold medals back.

“Dromiskin won the National Youth Award. That’s some achievement. The school there is so involved in the community. It’s unbelievable. And Knockbridge and Ardee took bronze medals. Terrific. And we’re the only county in Ireland that won four gold medals,” said Willie.