'End of an era' as Patsy Rogers passes away 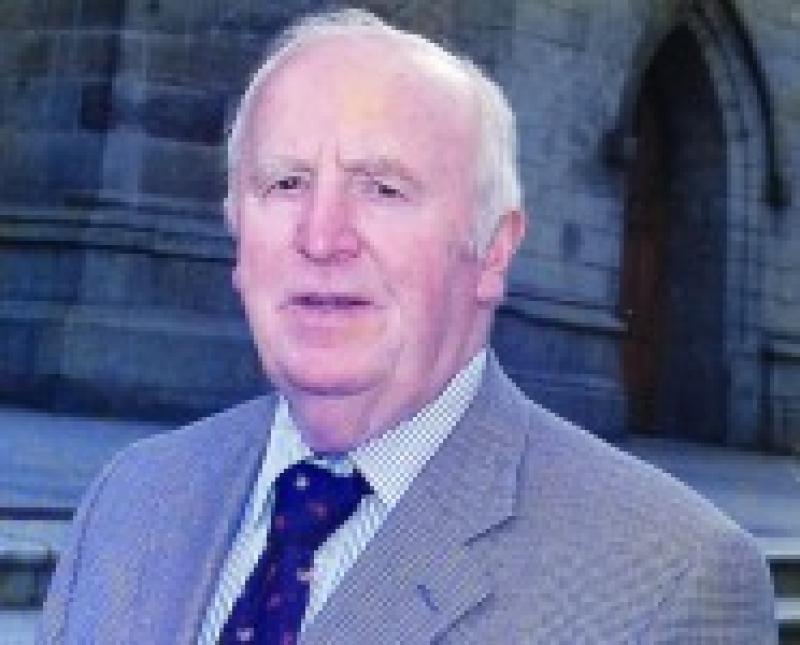 “It’s the end of an era,” that was how Patsy Rogers’s grandson Oisin described the passing on Saturday last of one of Dundalk’s most prominent and greatly respected businessmen.
Patsy Rogers and his family built up McGeough’s Funeral Directors and the family has been in the business since 1892: six generations serving the people of Dundalk and the surrounding area.
The business was started by the parents of Patsy’s uncle, Jemmie McGeough, and remained in Park Street until 1977 when it moved to Jocelyn Street.
“Patsy dedicated his life to looking after people,” said Oisin. “He worked with the GNR before he went into the business full-time and was deeply involved in the Rotary Club.”
In fact, he was a member of the meals-on-wheels voluntary team and as a member of that great team called to people on Christmas day.
Patsy was aged 91 and was born at Priorland Dundalk.
Patsy was very much part of of Park Street traders, at a time when everybody lived on Park Street and grew up in the family business.
He loved Dundalk FC and was a season ticket holder. He still bought a season ticket in recent years even though he couldn’t quite manage the stand steps.
He tried to instill his love for the club and the game in his daughters, coaxing them as children to come along. Sometimes a bar of chocolate could do the trick.
His daughter Patricia could recall him telling the lads around him at the match: “I have my daughter with me. Don’t be using any bad language”.
“As if,” Patricia said, “that was going to make a difference”.
His other great sport was horse racing and would make the annual pilgrimage to Cheltenham.
Patsy had a great understanding of human nature, and the manner in which he could comfort people, and support them while carrying out his work, was not just highly professional, it was a gift. One that is now carried on by Rosemary and the entire family business.
Patsy died peacefully at home surrounded by his loving family.
Patsy is survived by his loving wife and best friend of Dorothy, daughters Patricia, Rosemary, who runs the family business, and Annmarie.
He was the adored granda of Patrick, Oisín, Irene and Rían, and was great-granda of Molly whom he adored.
A close family man, he was so well regarded by his sons-in-law, Michael Molloy, Declan McDonnell and Alan Bourton, Oisin’s fiance Sinéad Donnelly, and sister-in-law Kathleen Rogers.
He was predeceased by his brothers Dessie and Jim.
After reposing in McGeough’s Funeral Home, Jocelyn Street, Dundalk on Monday, removal is this morning (Tuesday) at 11.30am to St. Fursey's Church, Haggardstown arriving for Mass at 12 noon. Burial afterwards in the adjoining cemetery.