A warm and witty man 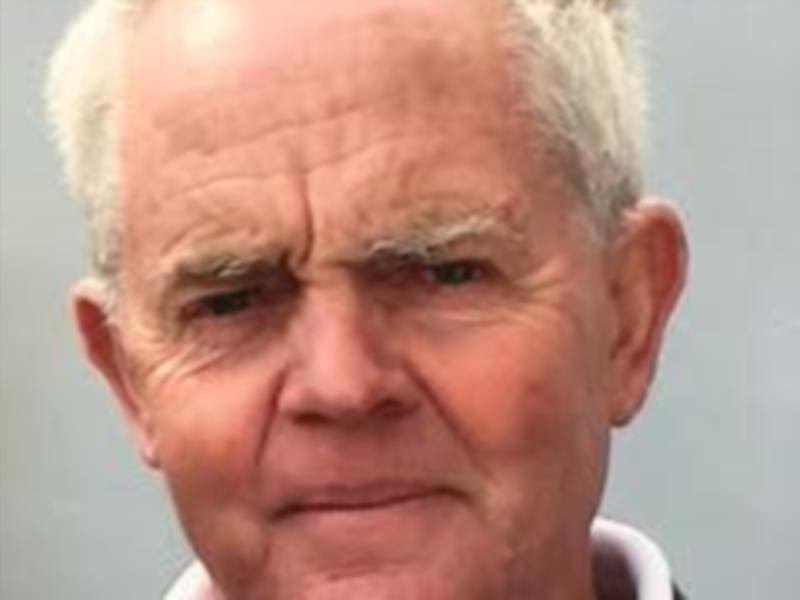 Ray Hoey died peacefully at University Hospital Limerick, surrounded by his loving wife and family on August 26 after a relatively short illness.

He was the second son of four boys born to Kevin and Moya (nee McGahon) Hoey from Carrick Road, Dundalk. Born outside Aldergrove he spent his formative years in counties Antrim and Donegal before the family returned to Dundalk. Ray was educated at the Friary National School and then attended the Tech in Dundalk.

On leaving school Ray worked with his father Kevin at Dublin Road Motors. He later trained and worked as a fitter welder with CRV on the Ardee Road, Dundalk and Murphy’s Coachbuilders Ltd before their closures.

He then found work with Shannon Piping Engineering Company where his work saw him contracted to a variety of locations across the country. In later years he enjoyed working with many friends and colleagues in Moffat Engineering and finally M&G Air Conditioning before retiring in 2010.

He met and married his wife Molly (nee Coffey) in February 1968 and shortly afterwards the couple set up home on the Marsh Road, Bellurgan where they raised a family of six children, Alan, Mark, Sandra, Adele, Raymond and Karen.

Amongst his family's fondest memories are holidays in the south east, long drives in the summer and Oriel Park on Sunday afternoons in the winter.

Molly died of cancer on the 10 March 1993 weeks after they celebrated their 25th wedding anniversary. It was with great courage and dignity that Ray put his own grief to one side to care for his six devastated children.

Ray had a warm and witty personality and was always willing to lend a hand to those in need. He was involved in and supported many local projects and was proud of his involvement on the construction of the footpath along the Bellurgan straight. Ray particularly loved the outdoor life, running and walking and had a passion for gardening which was immediately evident to anyone passing by his home. He was also an avid supporter of both Chelsea and Dundalk FC and keenly followed his grandchildren’s progress with Bellurgan Utd and St Patricks GFC.

They say that people are lucky to find love once - but in Ray’s case he was lucky a second time! He met and married Mary (nee Slattery) in Ennis Cathedral in 1998 and they lived happily in Bellurgan. Another of his great loves was travel and the couple enjoyed numerous trips, with favourite destinations including a once in a lifetime holiday in Cuba and a visit to Ray’s son Mark in Calgary, Alberta.

The couple fulfilled their wishes when they retired to County Clare in 2010. They enjoyed socialising with family and friends. Ray loved walks in the Burren and swims in Lahinch with every coffee shop tried and tested as he enjoyed his retirement to the full. He treasured time spent with his grandchildren on their holidays to Ennis. The door was always open except of course for the first two weeks in July which was reserved for his mother Moya’s royal visit.

They made friends easily and quickly settled into life in Abbey Court, Ennis. Nowhere was this more evident than for the turnout for his funeral in Ennis Cathedral on Monday August 29.

After reposing at his home on Saturday and Sunday, the removal took place on Monday morning to Ennis Cathedral, where Fr Brendan Quinlivan celebrated Requiem Mass before cremation at Mount Jerome, Dublin.

The readings were given by his daughters, Adele and Karen. The Prayers of the Faithful were led by daughter, Sandra and grandchildren, Erin, Caoilinn and Senan Slattery, Mykala Holmes and Charlotte Keane. Offertory gifts were presented by grandsons, Barry and Alex, whilst granddaughters, Ciara and Aisling presented gifts that symbolised Ray’s life. A eulogy was given by his son Alan.