Sylvia had a great fondness for song, music and history 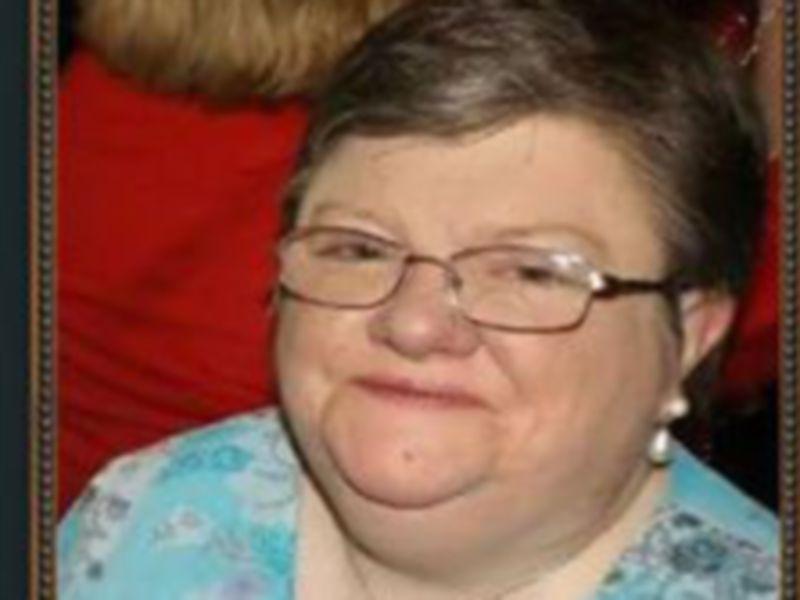 It is with great sadness to announce the death of Ms Sylvia Mary McClenaghan of 18 Oaklawns, St Alphonsus Road, Dundalk.

Sylvia passed away peacefully in Our Lady of Lourdes Hospital on Wednesday 31 August 2016 at 1.58am after a short illness. Sylvia who had recently turned 53, passed away in the presence of her family.

During Sylvia’s short illness which she bore with great courage, she expressed her delight at the visits, phone calls, texts, cards and internet messages she received. Knowing people were in touch and thinking about her in Ireland, England and as far as Australia brought her great comfort.

Sylvia was born on 8 August 1963 to Cecilia (Celie) Fitzgerald and James (Jim) McClenaghan. Sylvia’s first home was the Steam-Packet House in Quay Street.

Sylvia was the only child of Celie and Jim and Sylvia grew up in the Quay among her cousins and aunts and uncles of the Fitzgerald family (of Fitzgerald’s Pub).

A surviving legacy of Sylvia and her parents is reflected in the name of the public house (Tom Clarke’s Bar) located across from Sylvia’s original family home on Quay Street.

Sylvia’s family donated a much admired model wooden ship to Tom Clarke’s Bar which bears the ships name above the door The Althea Snug- a testimony to the generosity of Sylvia’s family.

Family was of most importance to Sylvia and she adored the company of children and likewise, her younger cousins delighted in her playful nature and easy way. An excellent orator, avid reader and lover of good debate; people delighted in the pleasure of her company. Sylvia’s integrity and strong values led her to be respected for her advice and opinions, becoming a trusted confidant to many.

Sylvia had a passion for history and was very proud of her nationalist heritage which she explored and researched with great enthusiasm helping to build a family tree that will last for generations to come.

It brought Sylvia great pride to learn of her Great Grandfather Michael Green being among the first Dundalk men to welcome Irish nationalist leader O’Donovan Rossa into the town.

A favourite song of Sylvia’s which reflects her rogue-like nature is The Boys of Kilmichael which her cousin Connie played on the tin whistle at the end of her funeral mass.

Sylvia had a great fondness of song and music and another favourite which she often sang at family gatherings was Don’t Cry for Me Argentina, the melody of which was also played by Connie at her funeral mass. Again in tribute to Sylvia’s love of song, her cousin Rory McArdle sang The Parting Glass at the close of her funeral at the cemetery.

One of the offertory gifts at Sylvia’s funeral mass was her laptop which had brought her a new social outlet through which she made many friends and contributed to local history groups such as Dundalk North End.

Sylvia also befriended a cat loving group- The MagnifiCats which brought her great enjoyment in recent years, particularly since the recent passing of her pet cat Fluffy.

Sylvia is survived by her Aunts, Uncles and cousins including the Annie McArdle, Frances Cullen, Teresa Hearty and Michael Fitzgerald and their extended families.

Sylvia’s funeral mass was celebrated by Fr Eamon Hoey in the Redemptorist Church. The beautiful singing was by Tom Clarke and melodies played by Connie Cullen.

The prayers of the faithful and eulogy were delivered by Sylvia’s cousins as were the offertory gifts.

Sylvia took great pride and joy in the discovery of her Great Grandfathers obituary, where ‘The Emmet and O'Mahony bands headed the sad procession playing alternatively the funeral marches.

The Quay and Seatown districts were represented by almost every man and youth and not only the town itself but the country districts.

While Sylvia’s funeral celebration did not have the Quay bands leading it, her own individual history was celebrated and remembered in a way that reflected her own character and her family take comfort in the hope that many of her final wishes, if not all, were met.

A Months Mind mass for Sylvia will take place at 12.30 in St Joseph’s Redemptorist Church on Sunday 2 October 2016.