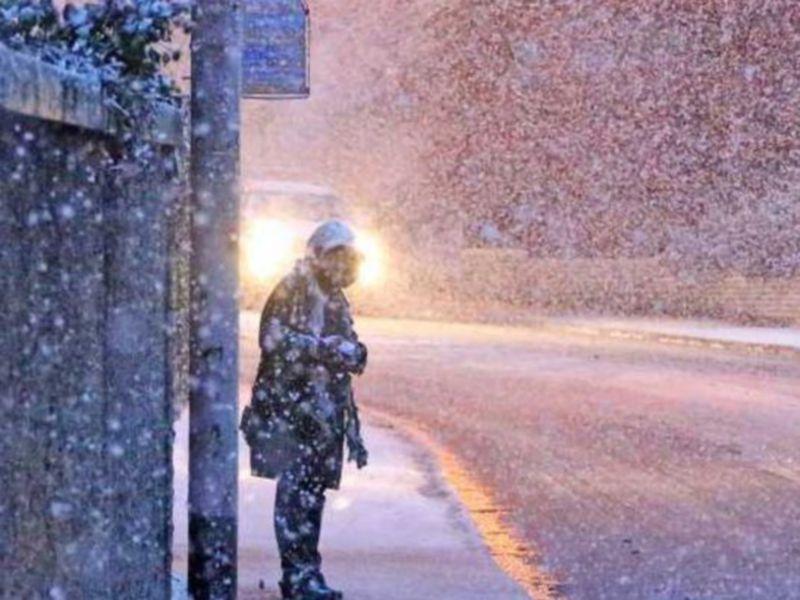 The answer in my Question Time about the 'Rotten Water' in the old Point Road area has reminded me of the very severe winter in Dundalk which was referred to a headline in an edition of the Dundalk Democrat of the time as 'Arctic Dundalk'. It occurred just after World War 11 in 1947 and should, I suppose, be more accurately referred to as an 'Arctic Spring' as the great storm that brought the whole district and, indeed, much of the island of Ireland to a standstill did not hit until the first week in February. Lower temperatures had been recorded in Dundalk before, and even since then, but the snow that fell over a period of about three days was the heaviest I can recall in these parts during my lifetime and it lasted into the month of May!

Perhaps it was because the War had just ended 18 months earlier and food and fuel was still very scarce that we who lived through it believed that conditions were so difficult. I recall one old woman who lived in Broughton Street telling me, many years later, 'The snow was haped up to the letter box and we could not get in or out of the house for over a week. It was terrible! Only for the neighbours handing food and turf through the top windows, we would have starved.'

I would explain that most of the letter boxes in those days were about half-way up the front door; which would mean that the snow lay to a depth of at least three feet in that street.

Conditions were the same all over the town and, in some places, it was even worse as people had to dig their way through the snow from their front doors to reach the nearest shop or fuel depot. My own area of St. Alphonsus was completely cut off from the rest of the town as the snow slid down both side of the Redemptorist Hill and made deep drifts. The people living along the road had to wait for three days before the Council workmen came along to cut a passage through. The snow was well above the heads of pedestrians and must have reached about ten feet in height!

It was not all bad news for us children as the schools were closed for weeks at time as the snow falls returned over a period of six weeks. There were unexpected recreations such as snow ball fights, tobogganing and ice slides in those parts of a town like Dundalk where there are few natural slopes for such activities!

Which brings my back to the subject of the 'Rotten Water' during the icy period. You see this was one of the few ponds in the town which froze over and was large enough to accommodate large numbers of people at weekends. The ice on it was deep enough to support thousands and that was what happened on Sunday afternoons when football of all codes was suspended. I can recall that many people somehow procured ice skates. There was even an impromptu ice hockey match on the ice one Sunday afternoon which I vaguely recall involved senior students from the Grammar School and some local sporting club.

Where all the ice skates came from I do not know but I do recall that Dan Leavy's hardware shop in Clanbrassil Street was offering skates for hire and this may have happened in other such businesses around the Town. What did not occur to me at the time but made me wonder afterwards when I tried ice skating at a London arena many years later, was that so many Dundalk people were very skilful as I watched them glide over the frozen surface.

I can assure you that it is no easy thing to use ice skates for the first time but I did not know that when I watched them as a young boy standing on the edge of the lake. I can only speculate that many of them must have been expert roller skaters at the two such arenas around town at the time; one was at the hall in the Athletics Ground and the other the Skating Hall at the end of the promenade in Blackrock. Older people have told me that there were very skilled roller skaters frequented the Blackrock Hall where there was a Skating League during the Wartime Emergency. Roller Skating displays were also given on stages in the Town Hall, Adelphi Cinema and other places and I am told that some of the girls who performed these were the stage stars of the day!

I do not known on how many Sundays or other holidays when the ice skating took place on the 'Rotten Water' but it must have been for several weeks. What I do remember was that there was a bit of panic one evening when cracks began appearing at the edges of the lake and there was a a bit of a stampede to get off the ice!