Artifacts made in the trenches on display 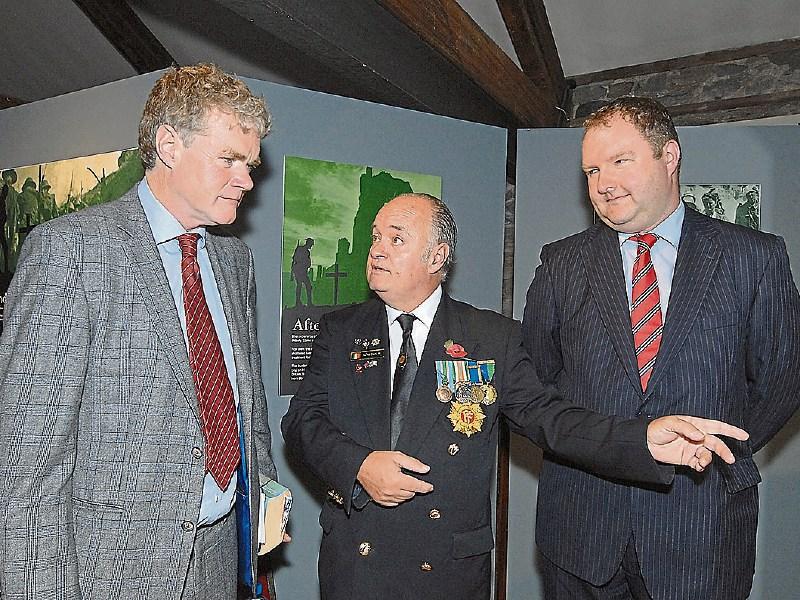 Artwork created by soldiers in the trenches from bullets and shell casings; a propeller from a German fighter plane; army uniforms, and a wall featuring the names of local war casualties are just some of the artifacts on show at County Museum Dundalk as part of its World War 1 exhibition, ‘Their Story’.

The multi-media showcase was officially opened last night (22.09.16) by Cathaoirleach of the Municipal District of Dundalk, Councillor Mark Dearey.

As well as displaying items from the war, the exhibition also delves into the social aspects of the conflict, exploring the reasons why soldiers signed up to fight in the Great War, as well as what happened to them when they returned home. It also features the documentary, ‘The Battle of the Somme’. Developed by the Imperial War Museum in London, the film shows the build-up to, the nature and the aftermath of the battle. County Museum Dundalk is one of a select number of venues to showcase the film.

Speaking about the collection, museum curator, Brian Walsh said: “One of the most unusual aspects of the exhibition is the collection of trench art, which was fashioned by soldiers in trenches across Europe from ordnance such as bullets or shell casings. This trench art also offers insight into the emotional state of the soldiers who created it. We would like to thank all of those who either donated or lent items for this exhibtion, and indeed all of those who continually support the museum.

“World War 1 spanned from 1914 to 1918 – a time when Ireland was still part of the United Kingdom - and many, many Irish people fought and died in the war. In fact, we know of at least 820 people either from or associated with Louth who lost their lives in World War 1 and they are remembered in one of the most sobering elements of the collection, a 15ft by 6ft wall listing the names of those who fell. We are very grateful to local historian, Dr Donal Hall for providing us with that data.”

Councillor Mark Dearey added: “I am delighted that County Museum Dundalk is hosting this exhibition, as World War 1 was also a significant period for Ireland. Thousands of Irish soldiers died in the Great War and it is very fitting that the 820 people who called Louth home, or who had strong ties to Louth, are remembered locally. I would encourage anyone with an interest in this era, or history students, to pay a visit.”

‘Their Story’ runs until Christmas and entry is free.