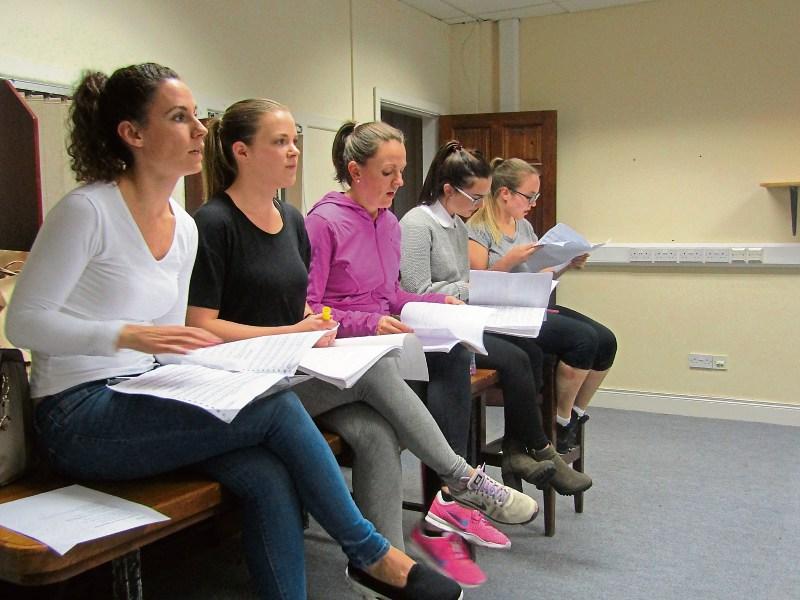 The show will take place from Wednesday 12th to Sunday 16th of October at 8pm nightly. This busy company started rehearsals at the end of August and have been working tirelessly to bring this energetic and entertaining show to the stage of An Tain Arts Centre.

Based on the hugely popular 1954 movie of the same name, the show is set in Oregon in the 1850's where a backwoodsman named Adam Pontipee played by Paudie Breen, comes into town to search for a bride.

He comes to the local tavern where he meets Milly played by Marie Meehan. Once Milly finishes her chores she agrees to marry him after only knowing him a few hours. Little does Milly know that back home Adam has six bachelor brothers played by Barry Dunne, Brian Halpin, James Brennan, Andrew Samson, Finn Conroy and Pierce McNee.

Milly teaches Adam's brothers the social graces through song and dance and takes her new found brothers to the local Social Dance where they get introduced to society. The brothers, having never seen girls before, fall madly in love with six local girls; The Brides who are played by Ciara Quigley, Fiona Mullen, Aisling McCormick, Deirdre Kenny, Katie Halligan and Clodagh Gray.

This causes great tension in the village as the girls have already been paired with six suitors. The Cast also includes Gerry O'Hara and Carol McCourt as Mr and Mrs Hoallum, David McArdle and Lorraine Quigley as Mr and Mrs Sanders and Tim Ahern as The Preacher as well as a thirty strong chorus of Townspeople.

The show is directed by Colin Hughes, choreography by Gilda Turner, musical director is Ronan Dennedy and chorus mistress Anne McCabe, together the production team have been putting the cast through their paces to ensure note, footwork and acting perfection, whilst behind the scenes Niall McCooey and his team will build and move the impressive set with ease. Wardrobe is in the capable hands of Phyllis Woods and Maria Waring who will make sure everyone is kitted out in their finery.

This boisterous, fun and nostalgic musical has been given a new coat of paint and will bring you romance, laughter and above all a super nights entertainment.

Tickets are now on sale from An Tain Arts Centre and can be purchased via the box office on 042 9332332 or online at www.antain.ie.