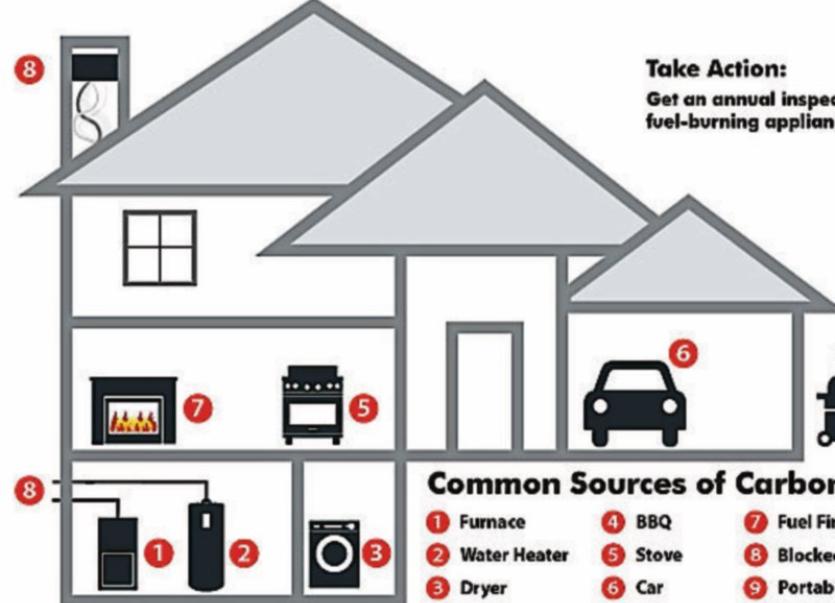 Each year, the campaign aims to raise awareness of the dangers of carbon monoxide and highlight the measures that can be taken to prevent it.

Carbon monoxide, often known as the ‘silent killer’, is colourless, odourless and very difficult to detect. It can kill in less than three minutes.

On average, six people in Ireland die every year as a result of unintentional carbon monoxide poisoning and many more become ill as a result of exposure to it.

Ensure your family and friends know the dangers too and help spread the word during Carbon Monoxide Awareness Week.

The awareness week is a public safety initiative supported by organisations across the energy sector and related industries as well as safety and public health bodies including the Commission for Energy Regulation (CER), Gas Networks Ireland, Register of Gas Installers of Ireland (RGII),

Symptoms of CO poisoning can be similar to those caused by other illnesses such as a cold or flu and may include headaches, chest pains, sickness, diarrhoea, dizziness or general lethargy.

If you or your family experiences any of these symptoms and you believe CO may be involved, you should ask your doctor to check for CO poisoning.