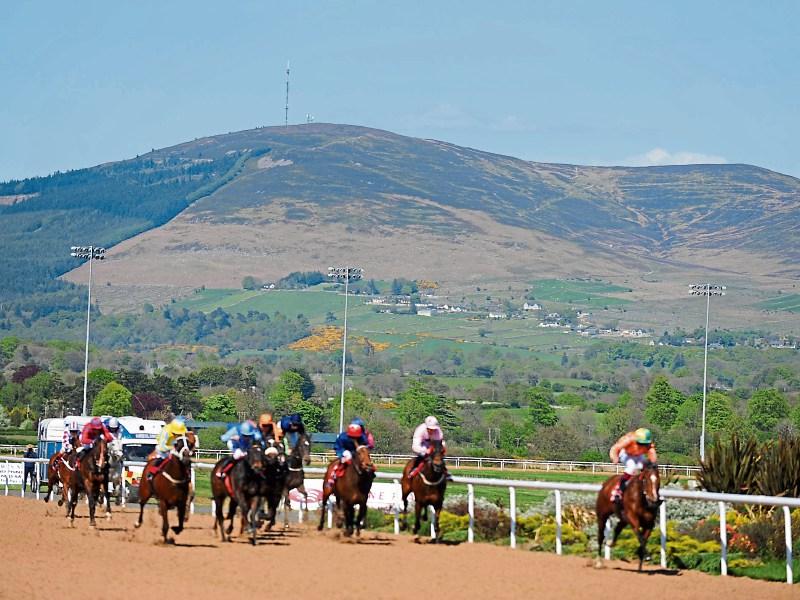 A reader of these notes whom I met in Park Street last week asked me if I knew when the Mullaghcurry Races had stopped? I had to confess that I did not know but thought that it was a very long time ago, maybe up to 100 years, but it seems that I was wrong about that because they may to have lasted up until about 1950.

In any event the truth was that I had forgotten all about this annual event except for their connection with Oriel Park and the Mullaghcurry Stand which had been there in the late 1960s and early '70s.

Then I recalled a story I had heard from Peadar Roe, a director of the old Democrat company and father of Tom Roe, Editor of the newspaper from 1966 to 1996! Peadar had been born in 1879 and, when I joined the staff in the early 1950s, he recalled that the Mullaghcurry Races were once one of the biggest social events in County Louth. He must have attended the Races at the Hill of Mullacurry, half-way between Dunleer and Ardee, on a regular basis when he was young man and may even have met his future wife there, who was from Ardee.

One his stories about the Races that stuck in my mind was about Sir Thomas Callan Macardle who was head of the Macardle, Moore Brewery at Cambrickville and one of the most prominent men in Louth at the beginning of the last century. Mr. Roe claimed that he had been present when Sir Thomas had taken a fall from his horse at the Races and died later as a result of his injuries. I had thought, at the time, that the incident had taken place a long time previously but subsequent research has revealed to me that Sir. Thomas Macardle died in December 1925 and is buried in old Castletown Cemetery. His obituaries I have seen say that he died in a Dublin nursing home but make no mention of a horse riding accident.

Sir Thomas was father of Dorothy Macardle, a famous historian who was a friend of Frank Aiken and has written an historical account of the War of Independence and the subsequent Civil War from an Anti-Treaty point of view. What I did not realise, however, was that her father had very different views of the politics of the time and that, in fact, had received his knighthood as a result of his support of the British Empire during World War 1. He was High Sheriff of the County in 1917 but, more significantly, he was Chairman of the British Army Recruitment Committee for the County from the start of the War in 1914 and had a son, Kenneth, a young Lieutenant, who was killed at Trones Wood during the Battle of the Somme in July 1916. Thomas did not receive his knighthood until 1920, at the height of the War of Independence.

Sir Thomas was aged 69 at the time of his death and I do not recall whether or not Peadar Roe had said that he had been riding in one races at the Mullaghcurry meeting or just a spectator but, I suppose, it would not have been all that unusual for a fairly elderly man of his class to be taking part. He was certainly one of the organisers of the event as far back as 1872 and probably did ride, as an amateur jockey, at annual event many times over the years.

With regard to the Mullaghcurry Races themselves, I am very much indebted to Father Michael Murtagh, P.P. Dunleer, who has sent me writings by the late Padraig Faulkner, T.D. and Minister of State from Dunleer, about the annual event which was attended by thousands of spectators at its height.

Faulkner states that the races were started in 1859; were suspended for a few years after 1872 apparently because of financial difficulties, but reinstated in 1881 and lasted up until the end of World War 11 in 1945. He points out that the race course was not in the townland of Mullaghcurry but in a neighbouring townland of Paughanstown.

The gentleman who asked me about the ending of the Races tells me that there are still traces of the old course in existence in the area. The reason given, from another source, for the ending of the event, which Fr. Murtagh says used to take place in late April or early May each year, was that that course was disrupted by the enforcement of a Government Tillage Order during the Wartime Emergency between 1940 and 1948. This Order, which forced local farmers to sow grain or other foodstuffs in times of emergency, is very interesting in that it had been enacted in An Dáil as early as 1922 but was not used until World War 11.

Another reason given for the ending of the Mullaghcurry event was 'competition from other horse racing venues'. If true, this reason leads one to speculate that the Mullaghcurry Racecourse might have become the premier horse racing course in the North East because it had existed before the meetings at Dowdallshill had become established. It appears that one of the reasons for the popularity of the Mullaghcurry Races was the existence of Dunleer Railway Station which opened in 1851. This was before the Mullaghcurry Races began but it appears that the G.N.R. (I) Railway Company popularised it with excursions from Dublin and Belfast after it was established in 1875. The Dromin Junction Halt, which was nearer the course, was not opened until 1896.

Of course, the very same stewards from The Louth Hunt, including Sir Thomas Macardle, who ran the Mullaghcurry event, established the horse racing at Dowdallshill in about 1889.