Stephen Kenny and Dundalk FC to the rescue

Bus load of fans broke down on the M1 motorway and Stephen Kenny and the Dundalk FC team bus pull over - "Hop on lads". 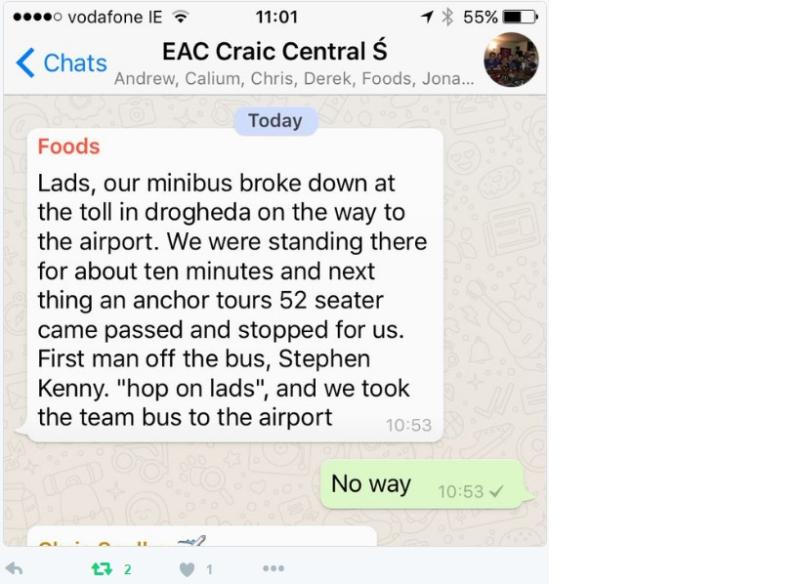 It looks like Stephen Kenny and the rest of Dundalk FC can do no wrong lately - if this snap chat is to be believed (it has since been confirmed officially...).

A group of Dundalk FC fans on their way to the airport for tomorrow's Europa League match in Holland against AZ Alkmaar broke down on the side of the motorway and Stephen Kenny and co saved the day.

With the Lilywhite's manager saying 'Hop on lads'.